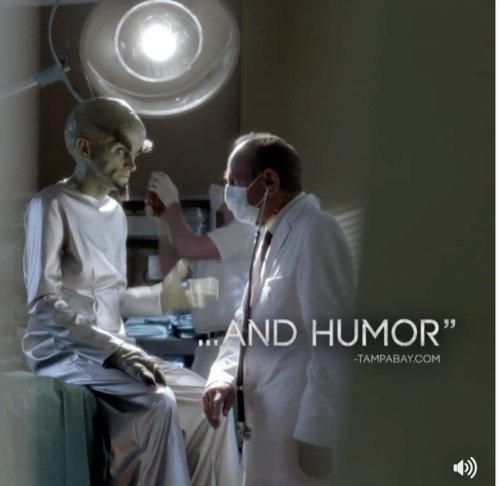 Tonight on FOX The X-Files returns with an all-new Wednesday, January 10, 2018, season 11 episode 2 called, “This,” and we have your weekly The X-Files recap below. On tonight’s episode as per the Fox synopsis, “An old friend reaches out to Mulder and Scully in a seemingly impossible way, revealing a chilling secret.”

Don’t forget to join us for our live recap tonight at 9:00 pm ET when The X-Files airs on Fox. While you wait for our The X-Files recap make sure to check out all our television recaps, news, videos, photos and more, right here

Tonight’s The X-Files episode begins now – Refresh Page often to get the most current updates!

Mulder and Scully are sleeping on the couch. A faint static voice comes across one of their cell phones. It is a friend, Ringo Langley. He appears on video asking if he is dead. If he is dead, they know, he tells them. Scully has no idea what he is talking about. They hear a car outside. They slide the couch and flip the table. Scully takes position behind the kitchen table. Mulder runs upstairs. Three men make their way into the house and start shooting. Scully and Mulder manage to take out two of them. The other runs out the front door and speeds off.

Scully and Mulder call in what happened. Cars pull up moments later. They count their rounds. Scully has 8, Mulder has 14. Scully calls Skinner. He tells her to surrender. Meanwhile, Mulder demands the men in the cars identify themselves. He warns that he and Scully are both armed. They get out of their vehicles. They are Russian and in military fatigues. They break into the house. Scully starts shooting. They grab Scully, then Mulder and take them down to the ground. A man, who appears to be the leader, comes in. They want Mulder’s phone. They begin searching. A couple of the men pull Scully and Mulder up off the floor.  The leader searches for the phone and finds it in the oven. Mulder grabs one of the guard’s guns and begins shooting. He and Scully run off and jump on the porch.

The two run through the woods. A car pulls up. It’s Skinner. He uncuffs them. Mulder demands to know who they are. Skinner tells them that they are private security contractors from Moscow. Scully asks him if Langley is still alive? He tells her he is buried in Arlington. He offers them the money he has on him. Scully and Mulder head on foot to the cemetery to find Langley’s grave. Mulder notices that his birth date on his grave is wrong. They look around more. Mulder calls Scully. He has found Deep Throat’s grave. Mulder watched his burial yards away with binoculars back in 1994. They find a memory medallion next to the cross on the headstone. Someone shoots at them. They duck. It is the man who got away earlier.

Scully and Mulder research a building that Mulder once added to the X-Files. Langley was also interested in it. They track down Skinner in a parking garage. Scully tells him that he needs his help to look at the X-Files even if they don’t trust him. He brings them to his office. While they were gone all of the files were digitized and all classified agencies can now see them. Mulder takes a look around in the files. Anything on the building and Langley has been deleted. They find a file on a math teacher by the last name of Hamby that looks interesting.

Scully and Mulder show up to see the teacher. They tell her about the message they received from Langley. She knows all about it. She warns them that they are being watched. She explains that 15 years prior she and Langley were offered a life in simulation once their human bodies died. Langley took it and now it looks like he is reaching out because something is wrong. Scully and Mulder are most likely being tracked because the Russian agency knows Langley is reaching out to them. From out of nowhere, the teacher is shot, Scully fires back. It is the man who is hunting them.

At a local bar, Scully sleeps in the booth while Mulder researches. They get another video from Langley on Mulder’s phone. He asks them if they are real and he is not. He has designed his own heaven. He eats hot dogs and donuts all day. No one gets sick. The Ramones are there. They play every night and never fight. The Patriots are also there and they never win. He begs them to put a stop to it all. Go to the Long Line Building and shut it down.

Scully and Mulder head to the building. Scully pretends to be taking Mulder in to see the NSA guys. She flirts with security at the door. They make it by him. They take the stairs. Someone spots them. Scully runs. Mulder fights but is grabbed and restrained. He is brought to a long table with desk lamps. At the very end of the table sits Price. She is impressed by his will to survive. She tells him that civilization will be crushed soon enough. A simulation is necessary. Meanwhile, Scully works to get to the computer. Price tries to change Mulder’s mind about the simulation. She wants him to see the good. He asks to see it. And asks if he kills his father can he be uploaded into the simulation with Scully? Price laughs. Men come to take Mulder away. He fights them outside in the hall while Scully tries to do damage to the simulator.

Scully is successful and so is Mulder. They leave the building with guns drawn. On their way out they notice everyone is gone. They head home to their trashed house and begin picking up but decide to sit instead. Langley calls them again. He tells Mulder he is afraid. He leaves the video and the man who has been hunting them appears, grinning.