The Young and the Restless Spoilers: Billy Learns About J.T. and Vickie – Ex-husbands Battle 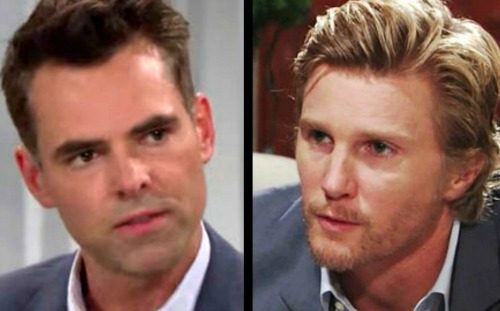 The Young and the Restless spoilers tease that Billy (Jason Thompson) will soon learn that J.T. (Thad Luckinbill) has reignited a relationship with Vickie (Amelia Heinle). JTV will subsequently be agitated by the man who is currently involved with Phyllis (Gina Tognoni). Said interference will result in both men battling.

Billy is an interesting case study. He was in love with Vickie and Phyllis at the same time, which is totally understandable. Most red-blooded man would find both impressive ladies totally appealing.

Vickie’s slap-off on Halloween Eve came after Billy embraced Phyllis, which followed his rescue of the twins and Reed (Tristan Lake Leabu) from The Underground fire. That incident signaled to the audience and to Billy’s cheek that Villy was over. 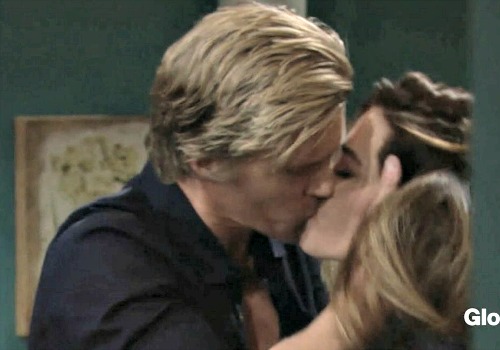 Philly infuriated Vickie through much of last year. Her eventual recognition that one of her great loves wasn’t in love with her anymore led to the seemingly resurrection of feelings for J.T.

Considering JTV’s first romance, the audience knows that what’s been developing between these former spouses could easily lead to this duo’s sequel. But what will Billy think about that?

He remains protective of his ex-wife. That’s due, in part, to Vickie having lovingly adopted his son Johnny (Holden and Ryan Hare) through Chelsea (Melissa Claire Egan). Vickie is raising him and also Billy’s surviving daughter Katie (Sienna Mercuri). Y&R fans know that Delia’s (Sophie Pollono) death changed Billy’s life and continues to impact his outlook on reality.

So, yes, a form of jealously will front Billy’s reaction to the forthcoming news that Vickie and J.T. are again involved. But Thompson’s character will also exhibit his natural protective tendency toward Victoria, who is the mother of his child and multiple-time wife.

J.T. can take care of himself and won’t be interested in Billy’s perceived nosy nature. Mr. Hellstrom and Mr. Abbott will at least exchange heated verbal blows during Wisconsin’s frigid winter. However, those interactions will only serve to fuel J.T.’s desire to be with one of the great loves of his life.

No matter what approach he takes, Billy won’t be able to prevent JTV from reforming, if that’s what Vickie and J.T. decide to do this year. As soon as J.T.’s divorce from Mackenzie (Clementine Ford) is official he’ll have the legal green-light to openly pursue a renewed relationship with Victoria.

Of course, Billy may opt to inform the current Mrs. Hellstrom about her still-husband’s Genoa City dealings. But no matter what tack he takes, Billy no longer holds sway over Vickie’s heart, which appears to be again falling under J.T.’s leading influence.