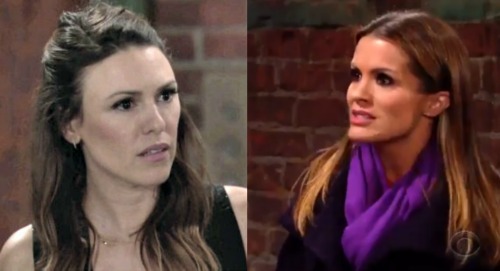 The Young and the Restless (Y&R) spoilers tease that Chelsea’s (Melissa Claire Egan) about to face a fierce enemy. Phyllis (Gina Tognoni) is certainly stirring up trouble, but we’re talking about a threat far worse. Chelsea will soon realize that her deep, dark secret is in jeopardy. Someone will text Chelsea and indicate that he or she’s in the loop on Christian’s (Jude and Ozzy McGuigen) paternity.

Who could be the sender of this ominous message? There are a few options, but one would be truly shocking. Could it be Chloe (Elizabeth Hendrickson)?! The Young and the Restless spoilers say some familiar characters will be popping up soon. If Chloe’s on the list, that would be a huge bombshell. 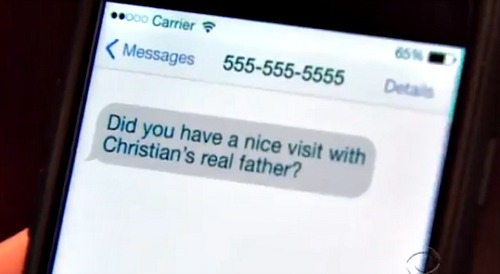 Let’s consider the circumstances. Melissa Claire Egan has decided to leave Y&R, so they’re trying to give her a fun sendoff. She’s getting some great material on her way out. Egan and Elizabeth Hendrickson are friends in real life, so maybe that played a role in a potential return.

Perhaps Egan convinced Hendrickson to come back for a few scenes and give Chelsea an exciting exit. This could be their last chance to work together as these characters, so they might’ve worked it out. General Hospital recently kept a huge return under wraps, so it can be done. Maybe The Young and the Restless has done a good job of keeping this comeback a secret. 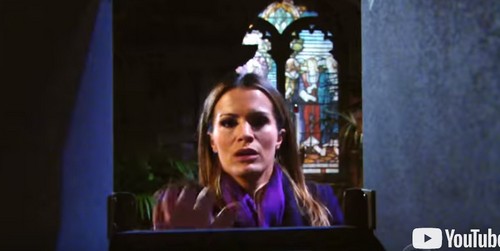 Chelsea’s stolen money will soon be stolen once more. It’ll disappear from Adam’s (Justin Hartley) slot at the columbarium. If Chloe is indeed behind all this, Chelsea’s in for a big surprise. She’d be stunned to see Chloe alive and apparently out for revenge.

Maybe Chloe misses her old life back in Genoa City. She got a fresh start with Kevin (Greg Rikaart), but she’s being forced to live in hiding. Since Chloe obviously has serious issues, another mental break could be on the way. Kevin thinks Chloe’s simply a misunderstood woman who’s made mistakes. In reality, Chloe needs more help than Kevin can give her. 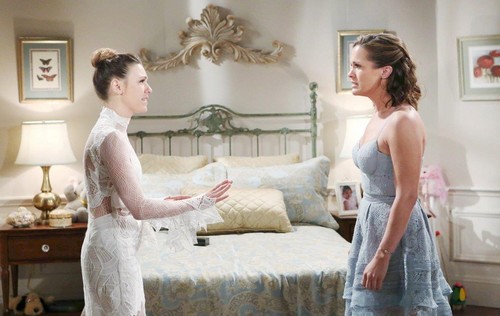 Chloe and Chelsea’s final faceoff would create some fantastic drama. It’d be an excellent way to wrap up Egan’s run on the CBS soap. Kevin might’ve learned the truth about Christian while working on something for Victor (Eric Braeden). He could’ve spilled the beans during pillow talk.

Kevin will arrive in town on February 20, so that could tie in with Chloe. If she goes missing, Kevin would have a pretty good idea of where she went. That would bring him back to GC, where he could potentially face Victor’s wrath.

As for Chloe, she’d deal with backlash as well. Could Chelsea kill Chloe or at least wound her? Will Chloe’s return somehow force Chelsea to go on the run? We’ll give you updates as other news comes in. Stay tuned to Y&R and don’t forget to check CDL often for the latest Young and the Restless spoilers, updates and news.