The Young and the Restless Spoilers: Comings and Goings – Big Returns Bring Major Drama – Bombshells Ahead 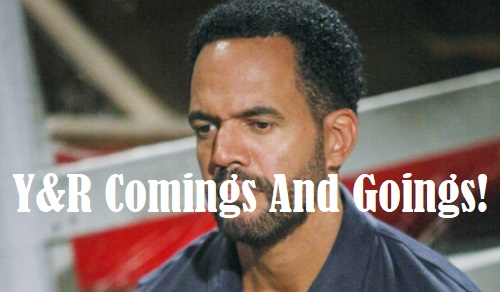 The Young and the Restless (Y&R) spoilers reveal that we’ve got some comings and goings news to pass along. First, let’s talk about Neil’s (Kristoff St. John) comeback. Many Y&R fans have been looking forward to Neil’s return to Genoa City. A personal crisis took St. John off set for a few months, but he’s back in the soap game now.

Neil will rejoin his friends and family for all the usual chaos in GC. His official return airdate is April 17, so The Young and the Restless viewers won’t want to miss it. Devon (Bryton James) is facing some challenges at the moment, so he’ll be glad to have Neil to lean on again. Obviously, Devon’s baby agreement with Hilary (Mishael Morgan) will be a big part of an upcoming conversation.

Although Devon backed out of the deal, don’t expect him to be free of Hilary anytime soon. The Young and the Restless spoilers say Hilary will do everything she can to put Devon under her spell again. Since Hilary may already be pregnant with Devon’s kid, that could certainly help with her mission. 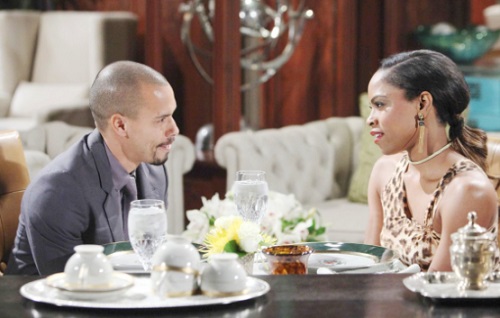 Shanica Knowles will also reprise her role as Simone this week. She’ll get stuck in the middle of Devon and Hilary’s conflict once again. How much more can Simone take? Will she dump Devon over his drama queen ex? A split’s bound to happen eventually. Hilary’s potential bun in the oven could make sure of that!

Other Young and the Restless spoilers say Kelly Kruger is headed back to the CBS soap as Mac. She’ll pop back in on April 26, so this probably has something to do with all the J.T. (Thad Luckinbell) drama. If you haven’t heard yet, J.T.’s dead and will secretly be buried this week.

Will the death cover-up be exposed by then? Could Mac return to defend Nikki’s (Melody Thomas Scott) actions and support Victoria (Amelia Heinle)? Those seem like good options. If not, Victoria could at least come clean about what happened and give Mac some closure. They weren’t big fans of J.T. in the end, but there’ll still be a lot for them to unpack.

That’s it for comings and goings news! We’ll give you updates as other Y&R details emerge. Stay tuned to the CBS soap and don’t forget to check CDL often for the latest Young and the Restless spoilers, updates and news.

A secret pact is made today on #YR. pic.twitter.com/HpJRFQNmeH