BY Marcy Cohen on June 29, 2018 | Comments: one comment
Related : Hot News, Soap Opera, Spoiler, Television, The Young and the Restless 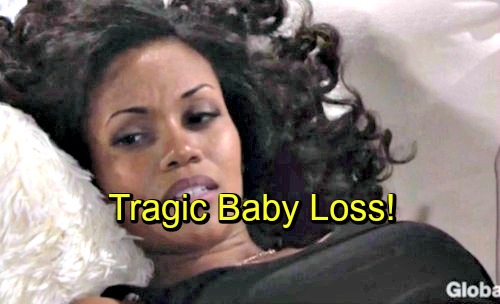 The Young and the Restless (Y&R) spoilers tease that Hilary (Mishael Morgan) and Devon (Bryton James) will face some horrible heartache. These two have been through a lot together, but they’ve somehow managed to overcome the obstacles. No matter what Y&R threw at them, they just couldn’t stay apart indefinitely.

Now that they’ve found they’re way back to each other again, Devon and Hilary are ready for an exciting new chapter. They’re prepared to add a baby to their lives and give it all the love they have to give. Sadly, there’ll be no fairytale ending for “Hevon.” They’ll endure a devastating tragedy and it’ll bring a hurdle they just can’t get past.

The Young and the Restless spoilers hint that the first sign of pain’s brewing. During the week of July 2-6, Hilary’s doctor will check for the baby’s heartbeat. The look on her face will tell Devon that something’s wrong. He’ll immediately question the doc as Hilary grows increasingly concerned. 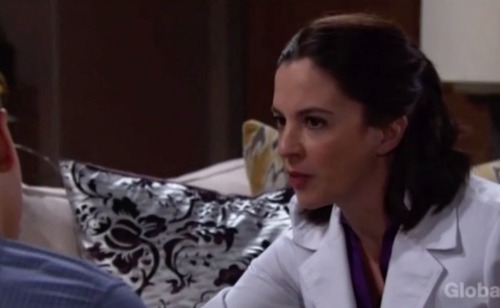 Devon and Hilary haven’t even met their kid yet and they already adore him or her. They’ll be terrified as they wait for additional info. There’s a good chance Hilary’s doctor will never find the heartbeat she’s seeking. She may break the news that Hilary lost the baby.

Mishael Morgan will be exiting The Young and the Restless pretty soon, so they need a reason for her to bail. Pregnant Hilary wouldn’t run off and leave Devon wondering about his child. They’re in this together as committed love interests and parents-to-be. A miscarriage is inevitable, so Y&R may go ahead and drop the bomb. That would give Devon and Hilary some time to sort through the fallout.

It’s possible Hilary will learn she has some previously undetected issues. If she can’t carry a baby to full-term, that would absolutely crush her. Regardless, Hilary may need time to process her grief on her own. The Young and the Restless spoilers say Devon will ultimately end up single and heartbroken. He’ll have to move on without his soul mate, so that’ll certainly be tough.

“Hevon” fans are dreading the gloomy drama, but there’s a silver lining. At least Morgan and James can deliver some incredible performances. Thanks to this gripping material, they’ll really be able to show their stuff. We’ll give you updates as other Y&R details emerge. Stick with the CBS soap and don’t forget to check CDL often for the latest Young and the Restless spoilers, updates and news.