BY Sean O'Brien on January 13, 2018 | Comments: one comment
Related : Soap Opera, Spoiler, Television, The Young and the Restless 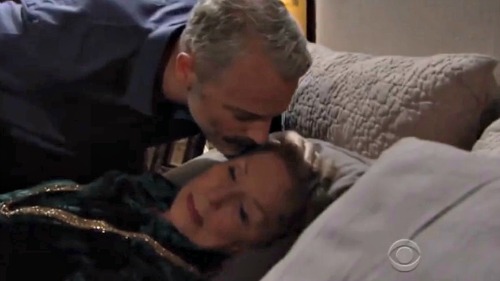 The Young and the Restless spoilers tease that a great storyline must be written to an acceptable resolution in order to preserve well-earned kudos. Such is the case with Dina’s (Marla Adams) tale. The scripts and acting, especially by Adams, has been terrific. Now it’s time to wrap it up.

Graham’s (Max Shippee) story is out. He married Dina, which gives him significant, though likely temporary leverage.

Some rumors indicate that he’s a target and may move to the Otherworld shortly. If that doesn’t happen, expect Graham’s legal power to be challenged, then overturned.

The Abbott’s are not about to allow Graham Bloodworth, a local, big-feeling blood-sucker to steal their mother’s fortune because she’s in a debilitated condition. Jack (Peter Bergman), Ashley (Eileen Davidson) and yes, Traci (Beth Maitland) are fierce fighters. United, they can take down this man who’s actually doing his bitter mama’s bidding.

It seems hard to imagine that Y&R would allow Dina to remain in Genoa City full-time. She could easily be written off to a memory facility; The type that Jack and Ashley recently visited.

If executive producer and head writer Mal Young decides to veer hard into mellow drama, he could have Dina placed in a home, then show her sporadically. Her condition would deteriorate and Adams’ appearances would slowly dissipate. This choice would allow the next phase of Dina’s life to be directly addressed, which would be a bold choice. 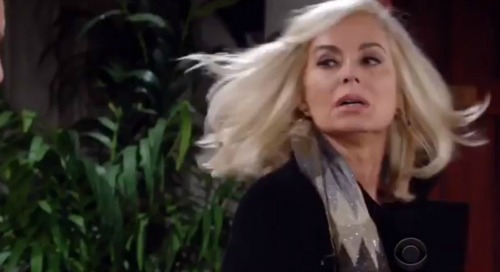 Simply eliminating Dina, either by saying she’s in a home and then never showing visits, or having her die in the near future at Graham’s hand with poison stolen from Jabot would seem wrong. Why undercut what has arguably been the most heart-warming Y&R arc in years?

Let’s look at where we are and where this storyline can possibly go moving forward. That type of logical analysis should provide a glimpse of Dina’s future.

There appear to be no more secrets to unearth. Viewers know, via Dina’s journal entries, how Graham charmed her. The audience has been shown his legal cards, which are significant, but not fully overwhelming.

Shippee departed the cast fart too quickly when Graham was last shown in Florida. As fans learned, he was simply biding his time. Mr. Bloodworth was waiting to strike upon his return to Wisconsin, where the medical power of attorney was enforceable.

But marriage? In her condition? Come on, any judge has to see through Graham’s ruse. This is why Graham plans to kill Dina and pin her death on Ashley.  If, for some reason, the legal system fails the Abbott’s, circumstances will surely reign down hard on Graham if he even survives his attempted murder of Dina. Shippee’s work appears nearly done and with that Dina’s next act, or her final farewell can be shown.