The Young and the Restless Spoilers: Lauren and Michael’s Comeback Story Triggered by Fen Baldwin Recast and Return? 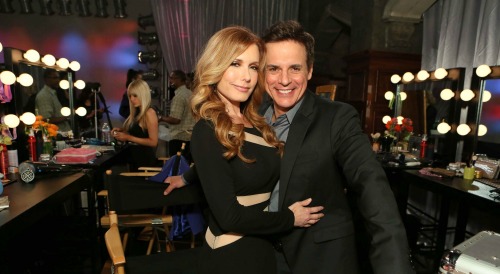 The Young and the Restless (Y&R) spoilers tease that the recast of Fen (with Zach Tinker replacing Mac Ehrich) will help ‘Likey’ to be seen more often. Longtime Y&R fans have been longing for more screen time for favorites Tracey Bregman (Lauren) and Christian Le Blanc (Michael). This cast addition facilitates that hope.

Ehrich played the SORAS’d version of Lauren and Michael’s son from 2012-2015. The four-time Daytime Emmy Award nominee was well-liked by the audience and has gone on to appear in a number of other entertainment roles. So, Tinker has a high bar to aim for as he begins his run in Genoa City.

Lauren’s reintroduction to daily life in GC occurred in recent months, as she’s been connected to the Abbott family’s drama. The melody of musical Chief Executive Officer chairs stopped recently, leaving Phyllis (Gina Tognoni) as Jabot’s new leader. That proved to be a boon for Lauren, as Phyllis tapped her to be Chief Operating Officer of the transforming cosmetics’ company.

Michael was seen sporadically in recent months. On one occasion he was helping a feeble Victor (Eric Braeden) to walk out of a legal hearing. On another, he was serving as Lily’s (Christel Khalil) lawyer during her disastrous accidental vehicular, double homicide accident trial, where District Attorney Christine (Lauralee Bell) served as prosecutor.

The repairing of Phyllis and Lauren is noteworthy because they have been friends for years. It was only during the past year-plus that Y&R wrote Tognoni into being Hilary’s (Mishael Morgan) confidant that Lauren disappeared. Mrs. Hamilton’s tragic death this summer then enabled a restart of the relationship between Tognoni and Bregman’s characters.

Fen was last involved in the Mark Harding (Chris McKenna), Austin Travers (Matthew Atkinson), Courtney Sloane (Kelli) storyline, along with an illegal substance dalliance. At the end of Ehrich’s run, Fen was concerned that his parents were going to be divorced. That plot point was related to Michael’s fateful health thoughts that were later averted, which also enabled Likey to remain together.

Fen’s absence in subsequent years has been referenced on occasion by Lauren, or Michael. He’s said to have been in school. Fen’s return surely will involve his parents and another intriguing tale.

Tinker’s professional career began in 2015, with a film short, ‘Party Killer’, and an appearance in a TV series, ‘Murder in the First’. Among other roles, he had a three-episode arc in 2017, as Craig Cignarelli in ‘Law & Order: True Crime’, and appeared in one episode of NCIS. Tinker also has other film rolls in the can that are set to be released in the next two years.