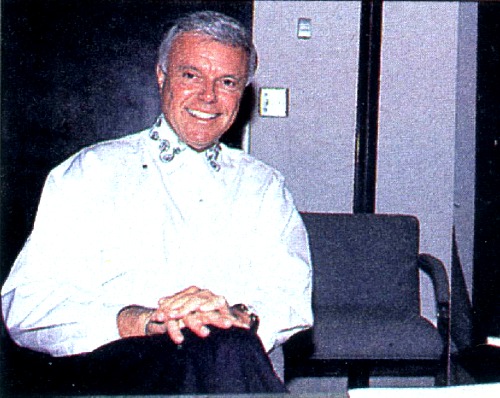 The Young and the Restless (Y&R) spoilers reveal that there’s some sad news to pass along. Soap Opera Digest is reporting that John Conboy is dead. This executive producer was a soap staple during the heyday of daytime dramas.

Conboy began his producing days on Love Is a Many Splendored Thing. After that, Conboy served as the executive producer for The Young and the Restless. He was there just after Y&R launched in 1973 and he stayed until 1982. Conboy was obviously a big part of getting the show off the ground. Today’s viewers really owe him for that.

Conboy went on to produce Capital, Santa Barbara and Guiding Light over the years. He also produced some made-for-television movies to mix it up. At one point, Conboy even tried his hand at creating his own soap. He came up with the idea for a daytime drama called Casino. It was set in Vegas – as you would expect!

Unfortunately, Casino didn’t actually make it on the air. The networks passed, so soap fans never got a chance to see what might’ve been. The world of daytime dramas was quite crowded back then.

Of course, Conboy still made quite a career out of the soap biz. Judith Chapman (Gloria) sent out a tweet in remembrance of her dear pal. “It is with a heavy heart and a grateful smile that I called him my friend,” Chapman said. It’s certainly a difficult time for Conboy’s loved ones.

On the bright side, Conboy’s achievements will live on. He scored four Daytime Emmy wins in his lifetime. Two of those were for The Young and the Restless. He was at the helm when it won for outstanding drama series back in 1975 and 1983.

Conboy picked up another one in 1990 for Santa Barbara, which also won the award for outstanding drama series. The final Daytime Emmy came thanks to an outstanding drama special on ABC. John Conboy gave his all to soaps and the fans are appreciative!