BY Sean O'Brien on June 26, 2018 | Comments: one comment
Related : Soap Opera, Spoiler, Television, The Young and the Restless 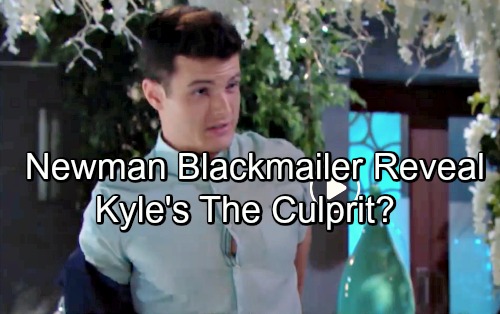 The Young and the Restless spoilers (Y&R) tease that Kyle (Michael Mealor) is extremely motivated to attack all things Victor (Eric Braeden). Savvy viewers haven’t forgotten that the Moustache seemed to be the one who sabotaged Abby’s (Melissa Ordway) documentary about Dina (Marla Adams), and then pointed his dirty digit at Kyle for that public paternity reveal which threw Jack (Peter Bergman) into a tizzy.

Kyle had an aggressive idea. He was going to return to Genoa City and dethrone his father. The plan was to work as Victor’s mole and take Jabot down, or somehow shift power to the Black Knight. In return Kyle was to receive a top spot in the overtaken Jabot, or to become a higher-up at Newman Enterprises. But Victor reneged on that deal, which really sassed Kyle off.

Actually, what happened helped to turn Kyle’s head around. He came to see that Jack wasn’t really the bad guy he’d perceived and that Victor was never the role model that he’d projected. 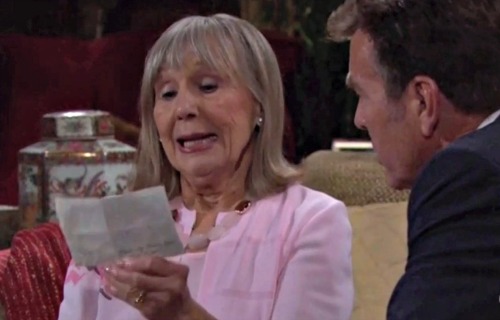 Jack is currently trying to determine who he and therefore Kyle is. Mealor’s character has quickly become the type of confidant Jack has needed for ages. But, unbeknownst to his father Kyle may be been working behind the scenes to roil Victor’s innards.

Kyle has shifted his vindictive focus to the Moustache because he not only feels used, but was, in point of fact, manipulated by Victor. Days gone by, when Kyle lived with Victor, mean nothing regarding the here and now. Instead, Jack’s son sees this daytime world as it truly is. Victor was and remains the enemy.

So, a mysterious email message was sent to Victoria. A voice-masked audio file threatened to bring down Newman, but Victor and Nick (Joshua Morrow) told Vickie to shrug it off as meaningless.

A dump of boxes of sensitive Newman Enterprises documents in Vickie’s office, followed by another audio threat confirmed that this situation was serious. Then, J.T.’s (Thad Luckinbill) credit card use was relayed by a returned Mackenzie (Kelly Kruger) and focus shifted to the supposedly missing man as suspect number one. 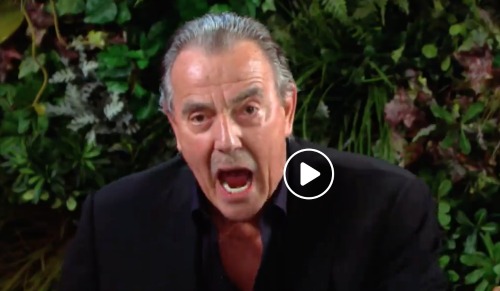 As Kyle hides in plain sight, the Newman family is braced for the worst. This week hacked documents pertaining to Victor’s frail health status were leaked. Humiliation combined with a desire to bring down Newman was intended.

Let’s see who wanted to recently topple another major company, but was wronged by the chieftain he was working with? And who likely possesses the cunning to be either orchestrating this effort himself, or has tapped someone to do so?

Recall Kyle’s dexterity in having Ravi (Abhi Sinha) restore the memory card. Seasoned soap viewers are also reflecting upon Kyle’s threat to Victor and his loyalty shift back to Jack.

The link between J.T.’s actions (assuming he is alive) and Kyle’s is merely perceived. Yes, Jack’s son could easily be the blackmailer if TPTB at Y&R see it that way. CDL is a leading source for everything linked to The Young and the Restless. Check back regularly for Y&R spoilers and news!