The Young and the Restless Spoilers: Mariah’s Love Life Looking Up – Clues Point to Surprising New Man and Hot Storyline

BY Heather Hughes on February 22, 2018 | Comments: one comment
Related : Soap Opera, Spoiler, Television, The Young and the Restless 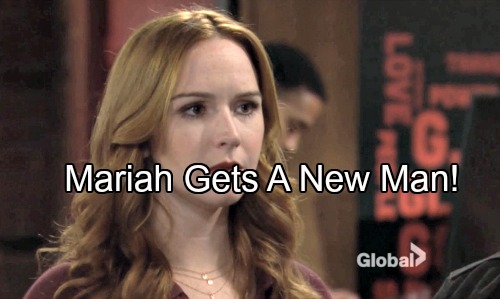 The Young and the Restless (Y&R) spoilers tease that Mariah (Camryn Grimes) may have a new outlook soon. When Kevin (Greg Rikaart) popped in for a visit, Mariah admitted her love life was a disaster. Kevin didn’t want Mariah to get too discouraged over what played out with Tessa (Cait Fairbanks). He insisted that there were plenty of hot women out there.

However, Mariah quickly pointed out that she was also attracted to hot men. She suggested that it made things even more complicated. That was probably Y&R’s way of setting up a male love interest. They seem to be going for the bisexual angle so they’ll have more possibilities for Mariah’s future. 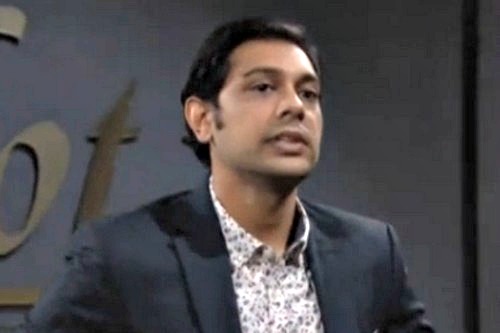 Ravi (Abhi Sinha) might be a nice option for Mariah, but he’s nowhere to be found these days. The Young and the Restless doesn’t appear to have much in store for him right now. Ravi could easily fade out like the other newer actors have. If so, that means Mariah will need someone new – or at least a familiar character with a new face.

The Young and the Restless spoilers say a Kyle recast is coming sooner or later. If they paired up Mariah and Kyle, that’d bring plenty of drama. For starters, Tessa and Mariah’s friendship is slowly growing stronger again. It’ll take some work to repair the trust between them, but they could be headed in that direction. Mariah might find herself torn between Kyle and Tessa at some point. 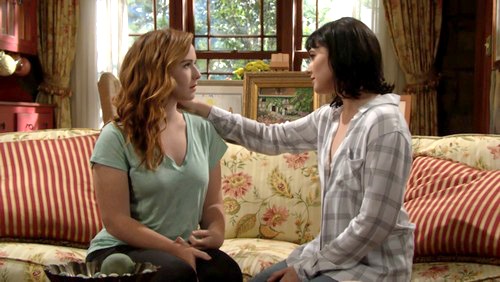 Of course, another casting call points to a potential Summer recast. That could make this situation even more interesting. Summer and Kyle have a history together, but Y&R probably wouldn’t put two newbies together right off the bat. Instead, they could let Kyle fall for Mariah first. Sometimes that’s a good strategy when you’re introducing a new actor.

Once viewers are used to this version of Kyle, Summer might come along and steal Mariah’s man. Summer is certainly the kind of gal who takes what she wants! That’d leave Tessa to comfort Mariah and possibly spark a romance. Perhaps this is all a long and winding road to “Teriah.”

Between Mariah’s comments and the recast buzz, Y&R has definitely provided a mystery to ponder. Who will be Mariah’s next love interest? Would you like to see her with Kyle, Tessa or someone else? We’ll give you updates as other news comes in. Stay tuned to the CBS soap and don’t forget to check CDL often for the latest Young and the Restless spoilers, updates and news.