The Young and the Restless Spoilers: Monday, December 3 – Fen’s Back with Big Shockers – Michael and Lauren Grill Secretive Son 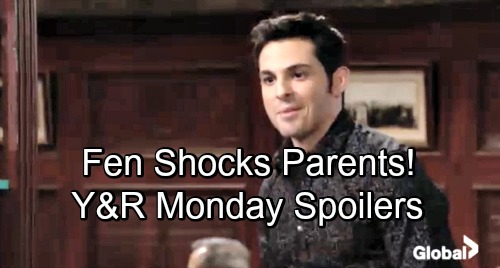 The Young and the Restless (Y&R) spoilers for Monday, December 3, tease that Michael (Christian LeBlanc) and Lauren (Tracey E. Bregman) will enjoy an evening out. Things can be hectic for this lovely Y&R couple, so they’ll want to carve out some time for each other. A meal at the athletic club should be just what they need to unwind and keep some romance in their marriage.

However, Lauren and Michael’s night will take a shocking turn. The Young and the Restless spoilers say a special visitor will arrive in Genoa City on Monday. Michael will be taken aback when he sees their son, Fenmore – or “Fen” as most people call him. We should note that Fen will be played by a new actor this time around. Max Ehrich wasn’t available for this arc, so Y&R had to recast the role. 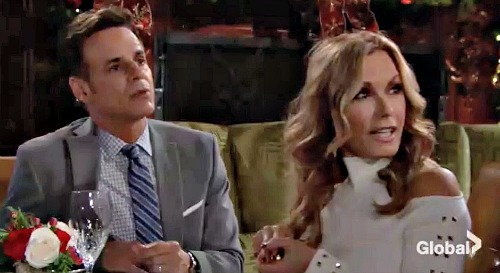 Fen will now be played by Zach Tinker, so it should be interesting to see his spin on Fen. Michael and Lauren will be thrilled to see their beloved boy, but they’ll also have questions. Why didn’t Fen let them know he was coming? What’s his reason for returning to town? The first answer may be simple. Fen might’ve hoped to surprise his parents and if that’s the case, he’ll certainly succeed.

Fen’s reason for being back in Genoa City may be a bit more complicated. He’s got a secret or two as well as a few tricks up his sleeve. The Young and the Restless spoilers say Fen will kick off a new storyline, so Y&R fans will see some great drama as the mystery unfolds. 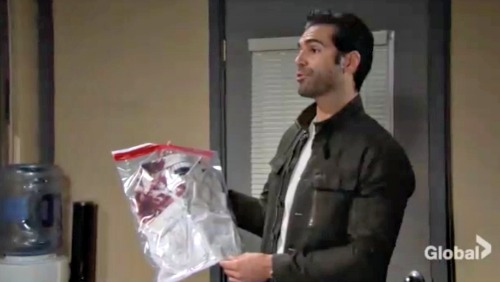 Speaking of mysteries, there’ll be a new one for the cover-up crew to ponder. Early next week, December 3-7, J.T.’s (Thad Luckinbill) bloody clothes will be found in Nikki’s (Melody Thomas Scott) bed. She’ll discover them and fill the rest of the gang in ASAP. They’ll wonder who put them there and why they’re being messed with.

It looks like Victoria (Amelia Heinle) and Nikki will end up handing them over to Rey (Jordi Vilasuso) later, so some stunning developments are on the way. The Young and the Restless viewers will see a startling fire at the Newman stables eventually, so the hits will just keep coming.

Nikki, Victoria, Phyllis (Gina Tognoni) and Sharon (Sharon Case) will have quite a mess to tackle. We’ll give you updates as other Y&R news comes in. Stay tuned to the CBS soap and don’t forget to check CDL often for the latest Young and the Restless spoilers, updates and news.