BY Marcy Cohen on February 8, 2018 | Comments: one comment
Related : Soap Opera, Spoiler, Television, The Young and the Restless 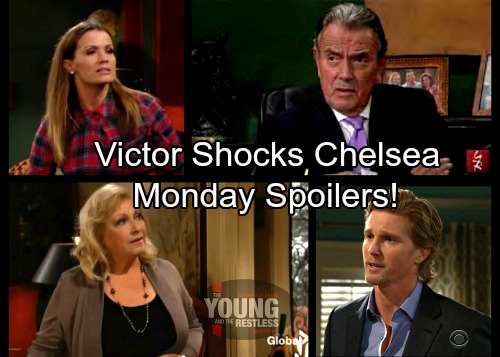 The Young and the Restless (Y&R) spoilers for Monday, February 12, tease that Victor (Eric Braeden) will feel a great sense of satisfaction. He’ll turn the tables on Chelsea (Melissa Claire Egan) thanks to his latest move. On Friday’s episode, February 9, Chelsea (Melissa Claire Egan) realizes her money’s been swiped. She also gets a threatening text about Christian’s (Jude and Ozzy) paternity.

When Chelsea goes to Victor (Eric Braeden) later, he reveals that he’s got the cash. On Monday, Chelsea will struggle to understand what’s going on. It seems Victor may have figured out what Chelsea was trying to do. She told Christian that she was preparing for what might happen if the truth came out. 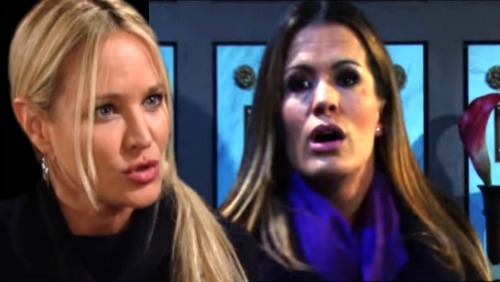 Chelsea clearly doesn’t trust Victor and rightly so. After all, he stole her cash – which she stole first, but that’s beside the point! Victor might wonder if Chelsea really thought she could pull one over on him. Will he keep her getaway money?

Regardless, Chelsea might be overreacting a bit. Victor surely wouldn’t do anything too terrible to her. Connor’s (Gunner and Ryder Gadbois) dad is allegedly dead, so it’s doubtful Victor would make him an orphan by killing Chelsea. That’d be going too far.

Still, there are ways to make Chelsea pay the price. Victor will likely warn Chelsea about keeping secrets from him, but more trouble’s in her future. The Young and the Restless spoilers say Chelsea will pull some crazy stunts next week, including popping the question to Nick (Joshua Morrow). 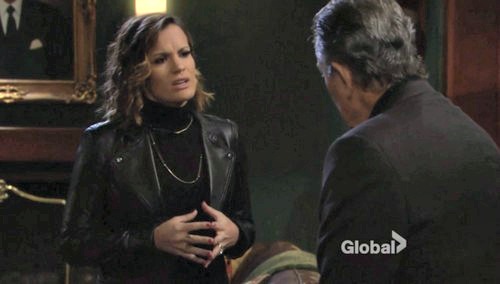 In the meantime, J.T. (Thad Luckinbell) and Traci (Beth Maitland) will share some warm moments. They’ll meet up for a chat about Colleen (Tammin Sursok) pretty soon. Colleen was Traci’s daughter and J.T.’s former love, so they’ll have a reason to bond. Y&R fans can expect Traci and J.T. to reminisce about Colleen. They’ll bring up some good memories and discuss how her death affected them.