BY Kinsley Goldman on February 5, 2018 | Comments: one comment
Related : Soap Opera, Spoiler, Television, The Young and the Restless 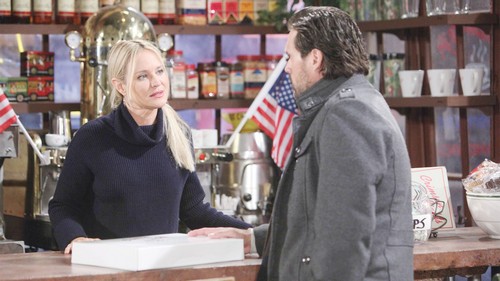 The Young and the Restless (Y&R) spoilers tease that Nick (Joshua Morrow) will grow increasingly suspicious of Chelsea (Melissa Claire Egan). Phyllis (Gina Tognoni) will play a huge role in that. She’ll think that Chelsea is a thieving liar and she’ll be determined to prove it.

Nick will shut down Phyllis’ accusations as nonsense and try to trust his girlfriend. However, he’ll know he could be wrong. Nick can’t help but notice Chelsea’s jumpy behavior. We can’t forget about all that cash he found at the penthouse either.

Y&R spoilers say Nick will ask what Sharon (Sharon Case) thinks about all this. He’ll feel guilty about even considering the idea that Chelsea’s still running scams. Sharon will suggest that Nick should follow his heart. She’ll push Nick to rely on his instincts as he tries to separate fact from fiction.

Nick may determine that he has to get some peace of mind. He can’t date someone he doesn’t trust, especially if she’s going to serve as a mom to his child. Chelsea has become a mother figure to Christian (Jude and Ozzy McGuigen). She isn’t quite as hands-on with Faith (Alyvia Alyn Lind), but she’s definitely in her life as well.

That’s a good enough reason for Nick to dig around. Meanwhile, Chelsea will face the threat of exposure. Someone will vow to tell the truth about Christian’s paternity if Chelsea doesn’t cooperate. The Young and the Restless spoilers hint that Victor and Chelsea will team up to handle this threat. Their plan just might pay off, but more drama is brewing.

Y&R fans can expect some wild moments over the next few weeks. Chelsea and Nick’s romance will soon come to a screeching halt. Despite Victor and Chelsea’s best efforts, Nick may learn that Adam is Christian’s father. That would certainly feel like a punch to the gut. 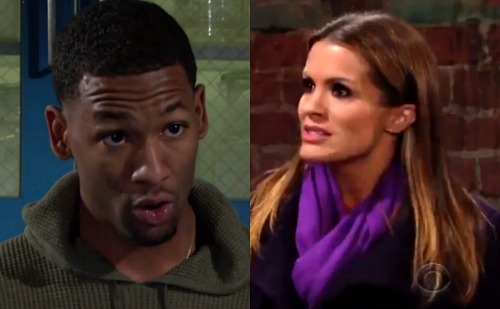 The show might as well reveal this info to Nick now. There’s no point in putting it off. This would be the perfect tactic to destroy “Chick’s” relationship. It seems likely that Y&R’s about to drop the bomb. If Christian’s paternity wasn’t going to be divulged, they probably wouldn’t have brought it up in Chelsea’s exit story.

Are you ready for the fallout of all this? Will Nick finally learn that Christian isn’t his biological child? It sure looks that way! We’ll give you updates as other Young and the Restless news comes in. Stick with the CBS soap and don’t forget to check CDL often for the latest Young and the Restless spoilers, updates and news.