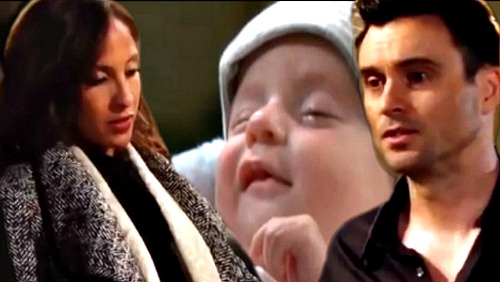 The Young and the Restless (Y&R) spoilers tease that Cane (Daniel Goddard) and Lily (Christel Khalil) will prepare for a romantic Valentine’s Day. The holiday will be truly special this year. It took a while, but Lily and Cane finally found their way back to each other. They have a bond that can’t be broken and they intend to prove it.

Next week, February 12-16, Cane and Lily will renew their vows in a small ceremony. They’ll face some minor hiccups as they get ready for this event, but everything will work out in the end. It won’t be long until Lily and Cane are exchanging heartfelt promises. They’ll recommit in front of their loved ones as they look to the future. 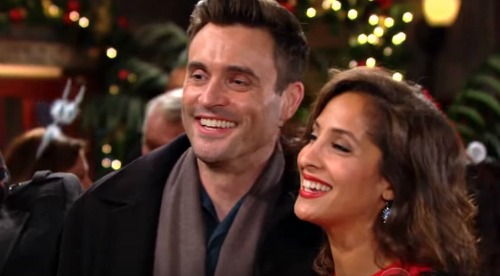 Charlie (Noah Alexander Gerry) will be thrilled to see his parents on solid ground again. Mattie’s (Lexie Stevenson) been slow to fully accept Cane back into their lives, but she’ll get on board soon. Once she hears Cane and Lily’s sweet vows, Mattie won’t be able to deny their undying love. Cane’s made some mistakes, but they can all move past them with a little effort.

The Young and the Restless spoilers say Sam will even be on hand for the vow renewal. Lily will smile as she cradles him in her arms. She’s been struggling to connect with the baby, but she’s doing her best to make it work. The close moments they share on next week’s new Y&R episodes will be a step in the right direction. 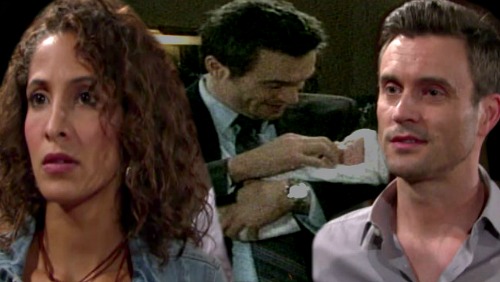 The Ashby family will finally be in a good place. Cane and Lily will feel like everything’s going well. Of course, that’s exactly when disaster tends to strike on the CBS soap. Happiness never lasts long, which means this blissful bubble’s about to pop!

Y&R fans can expect Lily and Cane to face a shocker. In fact, the whole family will be affected. There’s no confirmation yet on this bombshell, but it’s supposed to be a huge deal. It makes sense that it would involve Sam’s health. Perhaps he’ll face a sudden medical crisis that lands him back in the hospital.

Once Sam’s potentially fighting for his life, it may help Lily see him as her son. She could suddenly realize how much she cares about his baby. Do you think The Young and the Restless will take things in that direction? We’ll give you updates as other news comes in. Stay tuned to Y&R and don’t forget to check CDL often for the latest Young and the Restless spoilers, updates and news.