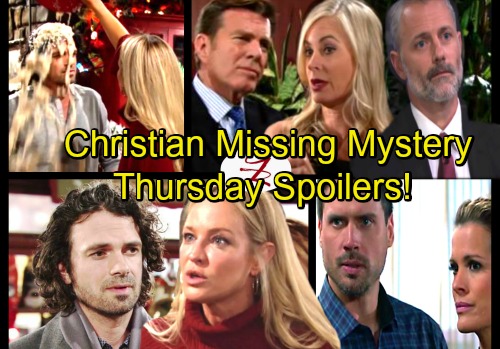 The Young and the Restless (Y&R) spoilers for Thursday, January 4, tease that Chelsea (Melissa Claire Egan) will look all over the athletic club for Christian (Jude and Ozzy McGuigen). She’ll hope that maybe Christian wandered off to play nearby. Chelsea will recruit some staff members and friends for a thorough search. Her fears will slowly grow when there’s no sign of Christian.

Chelsea will eventually have to fill Nick (Joshua Morrow) in on his missing son. He’ll be livid once he learns Chelsea let Christian out of her sight. The Young and the Restless spoilers state that they’ll spar over what happened and how to handle it. This is certainly a dire situation.

Nick and Chelsea will have to calm down sooner or later. They need clear heads if they want to track Christian down. Nevertheless, kidnapping concerns will really take a toll. The crisis should bring serious tension for this couple. 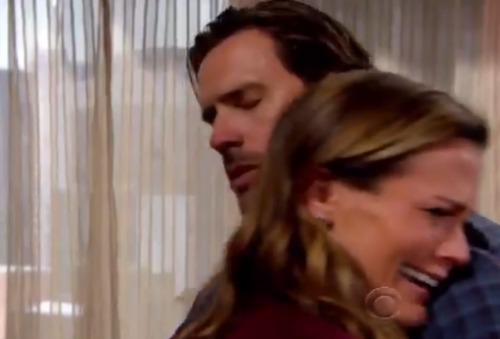 Meanwhile, Jack (Peter Bergman) will decide to reach an agreement with Ashley (Eileen Davidson). He’ll push for peace in light of Dina’s (Marla Adams) continued outbursts and confusion. Jack may admit that he needs Ashley to step up at Jabot. Juggling CEO issues and Dina duties is all becoming too much for him.

One way or another, Ashley and Jack will settle their dispute. The Young and the Restless spoilers say this solution is coming in the nick of time. Graham (Max Shippee) resurfaces in Wednesday’s Y&R episode, so he’ll probably cause Abbott chaos Thursday. They’re sure to be furious over this unexpected comeback. 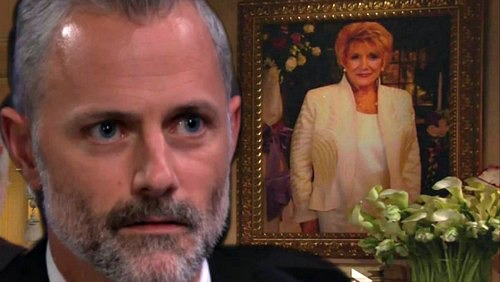 Across town, Scott (Daniel Hall) will make a passionate plea. He’ll beg Sharon (Sharon Case) to understand how sorry he is for cheating with Abby (Melissa Ordway). Scott will wonder if Sharon can find it in her heart to forgive him. He’ll promise that if she takes him back, he’ll be nothing but loyal.

It’s tough to believe Sharon can just let everything go. She might offer forgiveness at some point, but let’s hope she makes Scott work for it! We’ll give you updates as other Y&R news comes in. Stick with the CBS soap and don’t forget to check CDL often for the latest Young and the Restless spoilers, updates and news.