BY Heather Hughes on June 9, 2018 | Comments: one comment
Related : Soap Opera, Spoiler, Television, The Young and the Restless 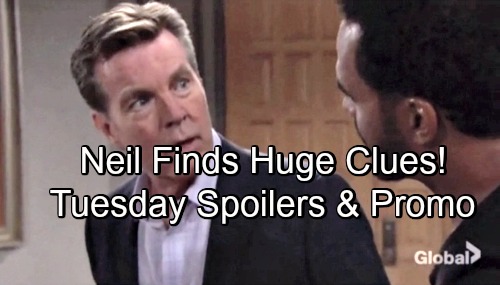 The Young and the Restless (Y&R) spoilers for Tuesday, June 12, tease that Nick (Joshua Morrow) and Victor (Eric Braeden) will refuse to back down. They’ll warn each other about the trouble that’s brewing, but surrendering isn’t an option. There’s far too much at stake for these Newman men.

Victor feels like Nick is threatening the future of the family. He won’t let Nick keep Christian (Jude and Ozzy McGuigen) out of his grasp. Victor wants the tot to carry on the Newman legacy one day. Of course, Christian is also Victor’s last link to Adam (Justin Hartley). That’s undoubtedly a big motivator in all this. 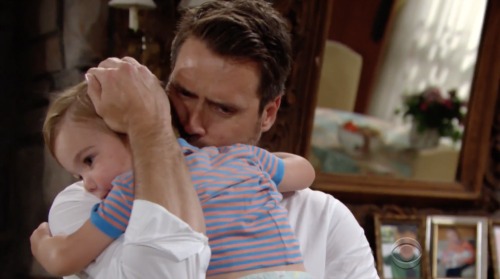 As for Nick, he’s formed a strong bond with Christian. From the moment he snatched Christian away from Sharon (Sharon Case) and Dylan (Steve Burton), Nick has served as the boy’s father. He loves him just the same as his other kids and he won’t let Victor jeopardize their relationship.

The Young and the Restless spoilers say Victor and Nick will spar before the arbitration. They’ll make their points clear and hurl a few insults. Any peace Victor and Nick had found is obviously long gone! 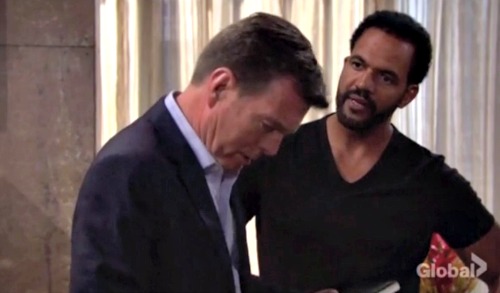 In Tuesday’s new Y&R episode, June 12, Summer (Hunter King) will also have a hard time achieving peace. Y&R fans know there’s been some tension with Kyle (Michael Mealor). Summer will do her best to be nice and reestablish a friendship with her ex. Will this be a genuine act of kindness or could Summer have ulterior motives? She’s anything but selfless these days, so Kyle should probably be wary.

Other Young and the Restless spoilers say Neil (Kristoff St. John) will come though for Jack (Peter Bergman). He’ll help his pal make progress in the hunt for his biological father. Neil will hand over a box that could contain some crucial clues. Perhaps it’ll involve old records connected to Dina (Marla Adams) and her lover.

Neil will suggest that Jack could find the answers he seeks in those pages. It’s doubtful it’ll be that easy, but this is a great start. We’ll give you updates as other Y&R news comes in. Stay tuned to the CBS soap and don’t forget to check CDL often for the latest Young and the Restless spoilers, updates, and news.