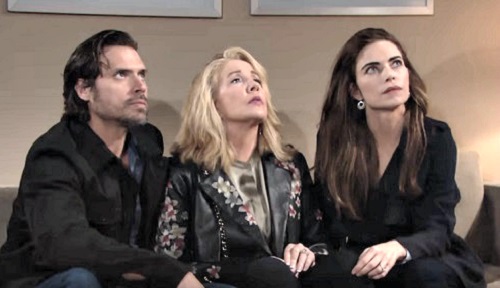 The Young and the Restless (Y&R) spoilers for Wednesday, April 11, tease that Jack (Peter Bergman) and Billy (Jason Thompson) will team up for the good of Jabot. They’ll be determined to stick together and make sure Kyle (Michael Mealor) loses control of the company. It’s clear that the Abbott family’s fired up about protecting what belongs to their family.

Jack will confirm that Billy’s on his side, but there could be a bit of a problem. Phyllis (Gina Tognoni) is about to be pulled in two different directions. The Young and the Restless spoilers say Lauren (Tracey E. Bregman) will put Phyllis’ loyalty to the test. Since Kyle gets Lauren on his side in Tuesday’s episode, she’ll undoubtedly want Phyllis to join them on Wednesday.

Kyle will need one more vote if he hopes to keep running Jabot. Phyllis could come in quite handy, but Kyle and Lauren will have a tough time getting her on board. Of course, Billy and Jack will want Phyllis to stay in their corner. They need to stand up to Kyle and preserve Jabot’s future. It sounds like the fate of the company could be in Phyllis’ hands.

Other Young and the Restless spoilers say Nick (Joshua Morrow) will seek answers about Victor’s (Eric Braeden) attempted murderer. Y&R fans know that J.T. (Thad Luckinbell) is responsible for Victor’s staircase tumble as well the incident at the hospital. He intended to kill Victor by shutting off his life support, but that plan didn’t pan out. 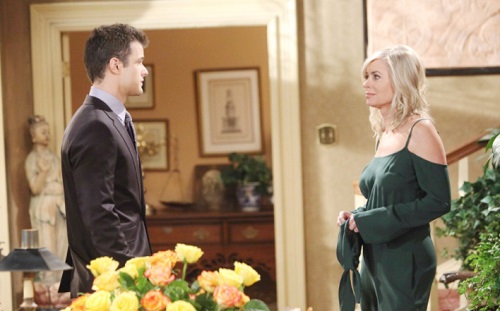 Now Nick’s on a mission to find out who did this to his father. He doesn’t always get along with Vic, but he still cares about him. Besides, this is about justice. J.T.’s actions were ruthless and he deserves to pay. The Young and the Restless spoilers state that Nick will get a step closer to solving the puzzle on Wednesday. He’ll manage to track down the mystery woman and ask her a few questions.

Nick will be taken aback when he learns who this secretive lady is. Could she be Dr. Meredith Gates from the prison infirmary? Is this woman another face from Victor’s past instead? Y&R buzz hints that Nick may remember her from somewhere, so at least that offers a clue about what’s to come.

Let’s hope Victor’s visitor can identify J.T. as the person who targeted him! We’ll give you updates as other news comes in. Stick with the CBS soap and don’t forget to check CDL often for the latest Young and the Restless spoilers, updates and news.