BY Heather Hughes on October 22, 2018 | Comments: one comment
Related : Soap Opera, Spoiler, Television, The Young and the Restless 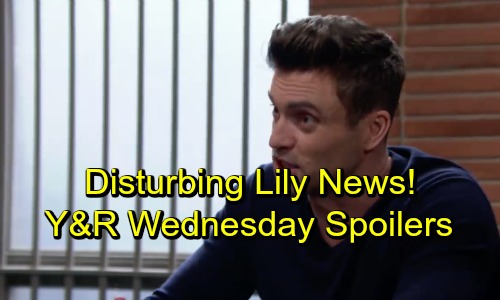 The Young and the Restless (Y&R) spoilers for Wednesday, October 24, tease that Traci (Beth Maitland) will know what she has to do. After finding Ashley’s (Eileen Davidson) shredded contract on Tuesday, Traci will be shocked and appalled. She’ll believe Jack (Peter Bergman) and Kyle (Michael Mealor) have really sunk to a new low.

As a result, Traci will demand a family meeting on Wednesday. She’ll have a chance to speak with Jack before Ash is brought in the loop. Naturally, Jack will want Traci to keep her mouth shut. He’ll warn that giving Ashley ownership of all her patents and products would be disastrous. Jack will beg Traci to understand that this would destroy the company.

Of course, Traci will mainly be focused on their family. She doesn’t agree with Ashley’s paternity deception, but Jack’s no better if he’s pulling moves like this. Traci will think all this cutthroat nonsense has got to stop. She’ll push Jack to think of Ashley as his sister and not his rival. That’s the key to finding a peaceful solution within this family.

The fact that John (Jerry Douglas) wanted this will matter to Traci. She’ll think it should matter to Jack as well. In Wednesday’s episode, The Young and the Restless will take a trip through time. We’ll see fake flashbacks involving the Abbott clan’s history, so we’ll get a better understanding of what makes this family tick.

Y&R will revisit the 1970s, so they’ll need younger versions of several major characters. Jonathan Stoddard will portray a young John and Cathy Marks will play a more youthful Dina. As for the even younger Abbotts, fans will see Graham Taylor as Jack, Julia D’arcy Badinger as Ashley and Valentina Sky Gordon as Traci.

These faux flashbacks will offer a closer look at Dina’s actions. We’ll see a different side of her, so the decision to abandon her kids may become a little less harsh. Over with Cane (Daniel Goddard), he’ll tackle another crisis. It appears big news will send Cane back over to the prison, where he’ll demand to see his wife.

Unfortunately, Lily (Christel Khalil) won’t be available. Y&R spoilers pointed to an escape scheme this week, but that may have been referring to Lily’s mental escape on Tuesday. It’s possible a real one’s coming on Wednesday’s new Y&R episode, October 24, but other options should be considered. Has Lily been attacked or perhaps attacked someone else? Despite being in better spirits, anything can happen behind bars!