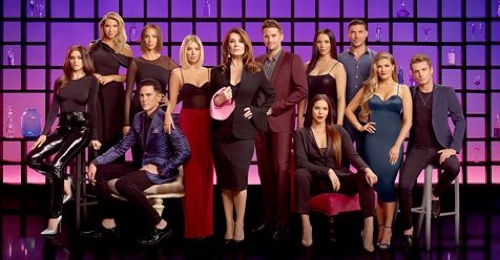 Lala and Scheana are talking about their weight as they walk to work. Meanwhile, Brittany and Jax are spending time together. He has been helping all around the house since realizing he has taken her for granted.

At SUR, James is rapping making jokes about Jax and Faith. It upset Brittany. He talks about how Jax has been threatening him, he wants to rip his head off.

Lisa comes into SUR. She and Lala talk. Lala talks about how her father has died. Lisa knows how it feels, her brother just killed himself 5 weeks ago. They both tear up. Meanwhile, Scheana is taking an order at a table. A man hits on her. She accepts a possible date with him.

Brittany and Jax show up at SUR. Jax looks for James who sees him coming from across the room. His eyes go wide. Jax approaches him and tells him enough with making Brittany cry. James tells him he apologized. Jax reminds him that he has made multiple mistakes. James understands. Jax tells him it is going to be a long summer.

Stassi and Beau show up to meet Tom. Stassi is so happy with Beau. Even if they are out of the honeymoon phase. Jax shows up and tells them about James.

Lisa and Ken say hello to Brittany as James raps in the background. Lisa apologizes for James. Meanwhile, Jax tells Tom, Beau and Stassi he is proposing to Brittany in a few days. They all toast.

Katie and Lala, as well as Kristen, go together to get piercings. They talk about James. Lala has had it with him. Now that she and her boyfriend Randall are out in the open since his divorce, she didn’t appreciate his comments at Coachella that they knew one another inside and out. Kristen doesn’t like him because of what he did to Brittany.

Lisa and Ken meet Tom and Tom for lunch. They talk about the opening of TomTom. They have 5 weeks. Both the guys have been working on drinks. Lisa has to tone them down when they start to talk about CBD drinks and diamond pressed cocktails. She tells them Pandora is looking over the cocktail list. They are irritated.

Stassi and Brittany go to the dog park. It is awkward for Stassi who wants to tell her about Jax. Meanwhile, Jax tells Tom and Tom about his plan to propose. He reveals that he spent $70k on the ring. His dad left him some money. They are all in shock and tell him he is doing good.

Jax and Brittany head to Malibu. Jax has to jam the ring box in his groin in pants to hide it. Meanwhile, Stassi and Kristen go to see Tom and Kristen at their apartment.

Jax and Brittany arrive at their destination, a little dairy bar near the ocean. They order. Stassi cant breathe and reveals to the girls that Jax is proposing.

Jax is having a hard time keeping it together. He is so nervous. They call his number and he returns with a tray with a ring. He gets down on one knee and proposes. Everyone claps. Brittany cries. He slips the rock on her finger.