Why Kate Middleton Refuses To Dress Princess Charlotte In Pants 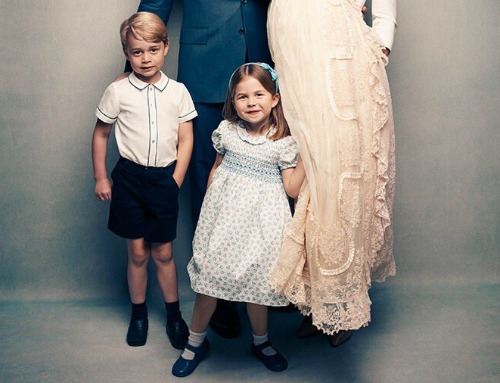 Kate Middleton refuses to dress her daughter Princess Charlotte in pants. As a matter of fact, the Duchess of Cambridge wants to make sure that all of her children, which also includes 5-year-old Prince George and newborn Prince Louis, look immaculate at all times. That’s why she ensures that everyone is dressed well whenever they are out in public.

According to reports, it’s the Duchess of Cambridge who has the last say when it comes to what her kids wear and don’t wear in public. Prince George often wears shorts paired with knee-length socks while his sister is always wearing dresses with socks or tights. The young royal has not been once seen wearing a pair of shorts or pants, even when she is out and about with her mother or at a park or playground with her brother.

A lot of royal observers can’t help but wonder why Princess Charlotte doesn’t wear more comfortable clothing, especially when she’s playing or running around with other kids her age. And apparently, there’s a good reason for it.

Childrenswear designer Rachel Riley, who has reportedly dressed Prince George in the past, suggests that Kate Middleton wants her children to always look timeless in their photos.

Speaking to The Telegraph, Rachel said, “The reason why I design clothes that way is because if they wear very simple things, it’s about the child, and it’s timeless in that you can’t really date a specific photo or put them in something that seems out of date.”

The Duchess of Cambridge likes to put her daughter Princess Charlotte in “old fashioned” outfits for royal engagements and public appearances because it marks the formality of events. It’s also been noted that George and Charlotte have their own wardrobe for royal events that is separate from their day-to-day events. In other words, there are certain things like shorts and leggings that Princess Charlotte does wear at home behind closed doors, but the public just won’t see her in them.

And while Kate Middleton sometimes wears pants or leggings during more informal or sporting events, she prefers to wear dresses herself. In the meantime, don’t forget to check back with CDL for all the latest news and updates on Kate Middleton and the rest of the royal family right here.