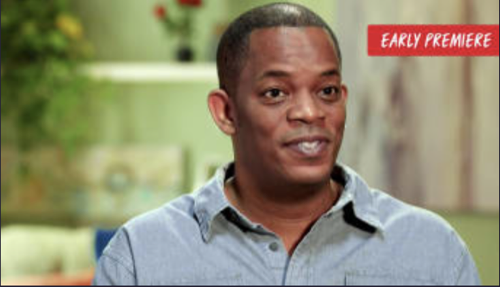 Tonight on TLC their popular reality show 90 Day Fiance: Before the 90 Days airs with an all-new Sunday, September 8, 2019 episode and we have your 90 Day Fiance recap below for you. On tonight’s 90 Day Fiance season 3 episode 6 “Rebecca tries to impress Zied’s parents. Ben meets Akinyi’s family. Michael and Angela fight.”

Angela’s trip came with a few surprises. She went to Nigeria to see her fiancé and spend some time together, but her first day there was a little rocky. Both she and Michael got into a fight with a towing crew. This crew had stopped in front of them because they wanted Michael’s car to stop and then they used that as an opportunity to hook his car up to theirs. They wanted to tow his car for supposedly stopping where he shouldn’t have been. And that was just crazy.

It must have also been a scam. The car only stopped because the tow truck had forced them to stop and so it was the towing crew that was in the wrong. They had no right to tell Michael he was breaking any kind of rules when he had been pushed into a corner. So, Michael fought back. He wasn’t going to let them take his car. He got out and he got into a fistfight with one of the guys. Another guy tried to come up behind him and Angela dealt with that guy.

The fight soon drew the attention from the airport. Later, the security team from the airport came out and they broke up the fight. They got Michael’s car released and Michael quickly left the scene with Angela. Angela, who by the way, was very happy with the fight. She said she was proud of Michael for standing tall and she even said she was glad to see his balls drop. Angela had been looking for proof that Michael was a man’s man and this was it.

And the surprises didn’t stop there. Michael was more open now to sexual things she wanted to try out and so they got to try a few things before sending the camera crews away. Those two were off enjoying themselves while Rebecca was running into trouble of her own. She finally met Zeid’s parents and it was awkward from start to finish. Rebecca first moment in their house was followed by breaking something.

She didn’t mean to, but she did. She broke something and tried to move past it when her tattoos became the next issue. Zeid’s parents didn’t approve of the tattoos. The older folks wanted to know if the tattoos ever came off and they were disappointed to find out that those tattoos were the ones that stayed on. They were also disappointed in hearing about her ex-husband. They were all eating and Rebecca mentioned she had it before. And so Zeid explained Rebecca how it had been with her ex-husband.

Rebecca didn’t know what to say after that. She could see for herself that Zeid’s parents weren’t sure how they felt about it and Rebecca was smart not to try and make it better. Especially when she can easily make it worse. Rebecca has been dealing with several roadblocks at once with Zeid and this time it might really be over. Speaking of which, Caesar might just have to face facts with his girlfriend Maria.

Maria wasn’t coming to Mexico. She sent him a text message saying that her flight was canceled and she it so rudely. She waited until he thought she was about to land to send that message. She could have sent it any time and so why didn’t she do it before Caesar left for Mexico? He could have canceled his flight and have tried to get some money back from it. He also wouldn’t have been left by himself in a foreign country.

Maria should have thought about all of this. Yet, she didn’t because ultimately she doesn’t care about him. Maria was supposed to meet him several times in the past and none of the occasions worked out because she would always come up with an excuse. She would remember someone’s birthday all of a sudden or said her flight was canceled. Like she did now. Maria loves using that excuse the most and it was just so disrespectful to Caesar.

Caesar deserved better than that. He also needed a girlfriend that was willing to meet with him and not just taking his money. Maria has taken thousands of dollars from Caesar. He’s paid for everything and never once did he make a demand. There were times she refused to take his calls and that she would sign off if she saw him log on. She did this in the lead up to the trip and so that should have told Caesar something and it didn’t. He still wanted to believe the best of her.

Not that’ll do him any good! Anyways, Teri Mills met with her daughter’s Omar privately. Omar wanted to discuss the dowry and, in this case, dowry doesn’t mean what everyone thinks it does. He wasn’t talking about money Avery’s family needed to give him. He was talking about money he would have to give Avery if they ever divorce. That’s what he meant by dowry and he asked Teri how much she wanted.

Teri didn’t want to undersell her daughter, so she asked for ten thousand dollars and only went for less when Omar reminded her he was a student. His sister’s dowry was six thousand and so that’s what Terri accepted. The two also talked about their living arrangements. Teri said she would try to get Omar to the states and, if that didn’t work, she didn’t know what it meant for the couple. Teri didn’t want her daughter to live in a foreign country.

Teri also knew how it impossible it would be for Omar to live in a foreign country. He was Syrian and quite a few countries were closing their doors to someone like him. It’s even the reason why it’s going to be such a struggle with getting him a visa, but Avery wanted to pursue it and she didn’t want to be told no or to wait. She and Omar planned on going back to Syria if his visa didn’t come through in a matter of months. And even now, Avery’s privilege has blinded her to the realities of this world.

Then there was Darcey and Tom. The two were finally getting somewhere in the intimacy department and now he has her meeting his friends. His friends who now included his ex Roucelle. Roucelle was thankfully over it and she sort of knew Tom for what he was. He was a perpetual bachelor because he couldn’t settle down. He was hurt in the past and since then he gave up trying to be the time to settle it down.

The only one that thought Tom capable is Darcey. Darcey believes its love and that they’ll always be together, meanwhile Tom is off telling Roucelle that it isn’t love. He thinks he can get there down the line but he knows better. He knows that he’ll never love Darcey the same way she loves him and he should say something. Roucelle told him to say something. She saw how invested Darcey is and it wasn’t fair to her.

Though Tim wasn’t that much better. Tim went to Colombia to finally meet up with Jeniffer and the man was so worried about being the perfect guy that he inadvertently sent out the wrong signals. He had Jeniffer believing he might be gay. She wondered why he never tried to kiss her or come in for feel and she questioned his sexuality when all he wanted to do in bed together was having joint facials.

Jeniffer had thought something really wrong after that. The next morning went a little better and the two talked about Tim’s lack of response. He told her that he wanted it to be special. He wanted to wait until they got to know each other to do all of that and she suspected that he had the moment so planned that it wouldn’t flow naturally. But despite that, Jeniffer still took him around her grandparents and that’s when Tim began revealing more about himself.

Tim let it slip that he’s been to Colombia five times. He had only told Jeniffer he vacationed there and so he slips made her suspicious. She wondered what else he was keeping from her. Jeniffer hadn’t formed a plan or anything and so it easier all around when Tim came clean. Tim confessed that he came to Colombia in the past with his ex-girlfriend. The ex was also Colombian and her relationship with Tim had been serious.

It supposedly ended out of nowhere. So, that was Tim’s last relationship and it didn’t fill Jeniffer up with confidence. She wanted to know if she was a replacement. If maybe Tim was using her to fill the hole that his girlfriend left. It also didn’t help that ex texted him that day and that she was still in his phone as “Mommy”. Tim thought showing Jeniffer the message would somehow make things all better and instead, it pissed off Jeniffer.

Jeniffer threw her drink in his face. She then stormed out of there and still Tim wanted to make things better with her.

Meanwhile, Caesar talked to the airline and he learned that his payment method was declined. And so this time it actually wasn’t Maria’s fault.