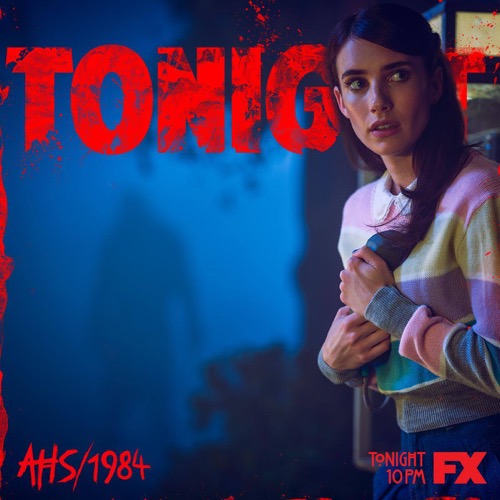 Margaret Booth was warned. She was told that she needed to shut down Camp Redwood because a man from her past, a man that calls himself Mr. Jingles, had escaped the mental institution and could be on his way to her at that very moment. There was apparently unfinished business between them. Now, Margaret didn’t appear to be scared off by tales of Mr. Jingles. She hoped her camp in spite of him and she didn’t want to leave. She told Dr. Karen Hopple that she wasn’t going to going anywhere and there was nothing Karen could do about it.

Karen tried the best she could. She told Margaret that Mr. Jingles was still obsessed with her and other than that there wasn’t anything else she could have said to get Margaret to see sense. So, Karen left the camp. She was on the run out of that place when she blew a tire and someone kindly pulled up behind her. Karen hadn’t seen the man’s face at first because the beams were initially hiding. She, therefore, didn’t know that it was Mr. Jingles behind her until he was right in front of her and by then it was too late.

Mr. Jingles killed his doctor. He also set up a nice little way to derail anyone coming in or out of that camp and he did it without anyone noticing. The police would later find another body, but by then, it was confusing which killer was behind it. The police thought it was someone by the name of Night Stalker. The police and the media, that was reporting all of this, hadn’t made any connection between the Night Stalker and Mr. Jingles. It could have been either of them. The only time this new guy seems to make a move was when he was around a particular camp counselor.

Someone called Brooke with a weird message. The person on the other end had jingled his keys to her and that frightened Brooke. She’s been through a lot. She was in an abusive relationship and almost married the guy when he lost his mind. He started killing people in the middle of the ceremony. He even killed himself in front of Brooke as a message. Her ex had done a number on Brooke and it made her paranoid. She claims her apartment had been broken into. She also thought someone was out there trying to harm her.

Brooke tried to tell her friends her worries. Only they didn’t believe her, they openly laughed about it because they thought she was trying to grab attention and they thought the tales about someone stalking her were all lies. They didn’t know there were several stalkers nearby. There was an old creepy guy that was trying to blackmail one of the counselors into doing gay porn for him and then there were the killers. Both the Night Stalker and Mr. Jingles and it turns out Mr. Jingles didn’t like the competition. He killed the creeper that was encroaching on his territory.

If he could do that with the Night Stalker as well, that would be great and that meant the camp counselors will only have to worry about one killer in the woods. Those same counselors were too caught up with each other to realize how much danger they were in. They went to the camp to have fun. They all wanted to party and drink. Brooke was the only person to have serious concerns. She went off by herself to think and she saw a dead body. She spotted moments before the Night Stalker appeared.

The Night Stalker had wanted to kill Brooke because he said that’s how he cleanses the world. He was going on about good and evil and Brooke took the opportunity to run. She ran her life. She just barely managed to escape him and she was only able to do that because someone else got in his way. The Night Stalker ended up killing the hitchhiker. Brooke meanwhile made it back to the camp and she told them what happened. And this time they were more open to believing her because they found a body of their own.

They found Blake. Blake was using Xavier’s ambition to get him to do gay porn and he wasn’t going to let Xavier out of his contact with him. So, Xavier suggested another counselor at the camp. He showed someone with a bigger dong and that interested Blake enough to spy on the guys in the shower. It was there that Mr. Jingles found him. He put a spike through Blake’s head and left him for the counselors to find. Brooke thought it might have been the Night Stalker, but no one was entirely sure because it didn’t look like something the Night Stalker would do.

They all correctly assumed it was Mr. Jingles. They also realized that they didn’t care who was behind the deaths as long as they might get hurt, so they all jumped into the van and they tried to get out of there. They were fine for a second before they were forced to abandon the car because it couldn’t move. And that’s when Rita showed up. She had a near escape with Mr. Jingles and she knows it was him because she heard his keys. Rita had a few scrapes because of it though she was alive to tell the tale and she told the others that she has a car.

Trevor also had a motorcycle. Between Trevor and Rita, they could fit most everyone and so, of course, there had been a downside. Both parties had forgotten their keys back at the camp. They needed to go back and they decided on all going back together. Strength in numbers and all of that. The group as a whole split with one half going with Trevor and the other half with Rita. They thought those numbers would keep them safe and instead they both ran into killers out there.

Although the Night Stalker may not be a problem anymore. The Night Stalker, or Richard as he’s usually called, had run into Margaret and had a heart to heart with her. Margaret understood the cold-blooded killer. She made him see that if he turned to God that he could justify all of his actions. Which included killing people. Richard, it seems had had his own dark past and he told Margaret everything. She also understood him in some weird way. Margaret agreed to help him find Brooke as long as he helped her deal with Mr. Jingles.

Now, whether that deal will hold when Richard sees Brooke is really anyone’s guess.