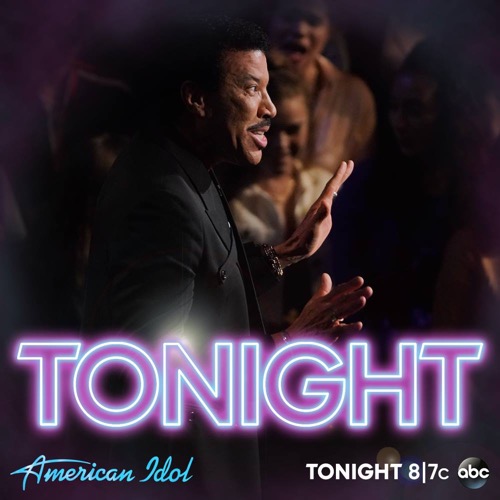 It’s Another exciting night of American Idol on ABC tonight with an all-new Wednesday, April 8, 2019,  season 17 episode 11 called “All-Star Duets” and we have your weekly American Idol recap below. On tonight’s American Idol season 17 episode 11 as per the ABC synopsis, “The remaining 10 contestants of the Top 20 perform duets with all-star celebrity partners from The Wiltern in Los Angeles. Among the stars: Julia Michaels; Lukas Graham; lovelytheband; Cynthia Erivo; Chris Isaak; and Ben Harper..”

It was Night Two of the All-Star Duet Round! The remaining ten contestants of the Top 20 performed duets with celebrity guest stars. The first duet was Alyssa Raghu with Julia Michaels. Julia Michaels has written incredible songs and Alyssa wanted to use one for their duet. She wanted to use the song “Issues”. The song touches on tough topics and Alyssa wanted to highlight them, but she didn’t want to just sing the song as it is. She wanted to change the tempo by going a little smoother and laid back because she rocked out last week and wanted to change things up. Alyssa didn’t want to keep giving the judges the same thing and she just so happened to find the perfect partner in Julia Michaels. Together they pulled off a wonderful performance that showed Alyssa’s range and impressed the judges. They commended her on holding her own with the person that actually wrote the song next to her.

The second duet went to Eddie Island with Lukas Graham. The two hit it off right away because Eddie came with a stuffed dog that he introduced as Oscar and it became a thing, but while this pairing began really well, there also moments in which Lukas became frustrated with Eddie. Eddie hides away behind laughable and goofy voices. He was just so used to be a comedian that he forgot he also wanted to be a singer and so Lukas had to knock that out of him. He pushed Eddie to test his range until Eddie felt confident enough to be himself for once. He and Lukas performed “7 Years” and they took turns with trading off the song while they left Eddie to finish it on the high note. This was a great decision and it definitely surprised Lionel Ritchie when he heard Eddie because he admitted that it wasn’t until then that he realized that Eddie did have the range and was talented.

The next duet was Wade Cota with lovelytheband. The band and its frontman brought a whole new genre to Wade because he wasn’t really a rocker and nor did he danced onstage before he met lovelytheband. They helped him gain newfound confidence and that’s why he wanted to tackle a song like “Broken”. It about loving someone no matter what and it reminded Wade of his mother who has supported him as well as his dream this whole time. She’s been sick almost his entire life and she never let that stop her from going to work or taking care of her family. She was an amazing person and this song was dedicated to her. Wade went onstage and for the first time, he was just himself. He wasn’t nervous or trying to hide and so he was confident. He was even working a new rocker jacket that he worked up the courage to borrow from someone he ran into and so the judges were very impressed with how far he’s come. They said that he was blossoming in front of their eyes and they were proud of him for that.

The next duet had also brought someone out of their shell. Ryan Hammond had a duet with Cynthia Erivo and he was such a fan of hers that he decided to listen to something besides Christian music for once. He had never heard of the song “Hold On, I’m Comin” but then he saw Cynthia perform it and it opened his eyes to the cool sixties vibe that he didn’t even know he could tap into. Ryan has a wonderful voice and he managed to hold his own next to a powerhouse like Cynthia Erivo. The judges loved this performance and they enjoyed seeing this other side to Ryan. He has a soulful voice that could get a little raspy which the judges also loved and so they had been happy with his performance and couldn’t wait to see what Ryan could do next. And that means great things for him because he was relying on the judges like all the others to get to the next round.

The next duet went to Alejandro Aranda who got to sing with his idol Ben Harper. The celebrity wasn’t sure if he could come because of his prior commitments but then he got to see Alejandro in action and made the time. He thought Alejandro was so talented that he explicitly came to the show just for him and, boy was that the biggest compliment. Alejandro would go into Ben’s family music store to gain inspiration and so being admired back had been like a dream come true for him. The guys performed Ben’s song “There Will Be A Light” and all throughout the performance you just hear the judges keep saying “wow”. This performance had blown everyone away and they. There wasn’t a dry eye in the room and it was simply the judges taking notice this time. Everyone did!

The next duet went to Dimitrius Graham who joined the family band when he got to sing with Lukas Graham. The guys made a connection over the song “Love Someone” because there was that person in their lives that made them see the whole world differently. It didn’t matter if it was a daughter being born or mother finding out she’s sick. They both connected to the song and brought out the best in each other. Dmitrius hit a high note like never before and the judges loved it. They commended him on reaching new depths and he accredited it all to Lukas. He said that he never would have gotten there without him and their newfound friendship showed. They both came from tough areas and have lost people along the way. And so music became an escape that they turned to in order to escape the world.

But while some have gain friendship and newfound confidence with the aid of these celebrities, it was only two of them that had the judges saying wow. The first was Alejandro and the second was Jeremiah. Jeremiah performed the last duet of the night with Cynthia Erivo. They sang the Cyndi Lauper classic “Time After Time” and had such incredible runs with the song. There were even a couple of them that were just thrown in there and it made the song so much better. It was tough singing next to Cynthia and the fact he did so well next her made Jeremiah the first person that was safe from elimination, The judges went through a bunch names of the usual suspects but there were a few that that wasn’t included. The judges later eliminated Raquel, Logan, and Ryan and no one was more blindsided than Logan because he looked so ticked off that if he had a microphone within reach he would have said something he later came to regret.