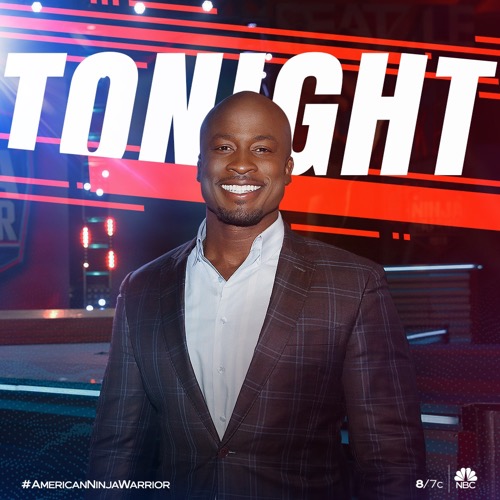 Tonight on NBC their obstacle course competition American Ninja Warrior returns with an all-new Monday, June 24, 2019, episode and we have your American Ninja Warrior recap below! On tonight’s “Seattle/Tacoma City Qualifiers,” season 11 episode 4 as per the NBC synopsis, “The competition heads to Seattle/Tacoma for the first time, as Jessie Graff, Meagan Martin, Lance “Cowboy Ninja” Pekus, Sean Bryan and more competitors face up to six challenging obstacles, including the new Lunatic Ledges and Barrel Roll.”

The ninjas traveled to the pacific northwest for the Seattle Qualifiers. The weather there was like usual and so that made tonight the first time that the course was taken inside Luckily, they were located at the Tacoma Dome and space was large enough for the course as well the massive crowd. Speaking of which the crowd was amped up for the first ninja. Her name was Rose Wetzel. She went to high school in the Seattle area and so a hometown girl, but she was also a trained athlete. She even ran races late into her pregnancy and so the only thing she took time off from was ANW. And she came out of retirement ready to take on the course.

Rose started off strong and she took time to just have fun. She began dancing as she was going through the obstacles and it was all fun and games until the Barrel Roll. The Barrel Roll was a new obstacle this year and Rose was the first to try it out. She did well with the first barrel, but she couldn’t change over to the second one and took the long fall into the water. Rose was unfortunately thrown off course early on and so it’s unlikely she’ll make it to the City Finals. However, the second ninja up tonight was a rookie. Ryan Phillips was the lead guitar of the rock band “Story of the Year” and he wasn’t exactly young to be doing this.

Ryan was thirty-nine and he quickly showed he could keep up as he sailed through the beginning course, but he too failed to make it to the Warped Wall and so odds are he wasn’t going to the City Finals as well. There were then several ninjas that had their runs over the commercial break and again no one made it to the end. Not even the veterans! So the hope was renewed for McKenna Haase who was one of the few female race car drivers and who was used to going fast. There’ve been several race car drivers before and none have made it past the third obstacle. And so everyone though Sassy Haase would be first and sadly she fell on the Barrel Roll.

The Barrel Roll was the latest obstacle to beat. The next ninja was Kenneth Edwards. He was another older rookie and an ironworker. His grip strength was the only practice he’s had for the competition and so he was pretty much winging it. He raced through the start of the course and despite several close calls he made it to the fifth obstacle when he began tiring. Kenneth was so tired that his arms gave way right as he was in the middle. Still, he had great timing and that might very well win him a place in the City Finals. And so the new obstacles could be defeated with the right ninja.

Up next was Sandy Zimmerman. She was a former judo champion and she began training for the show long before she heard they were coming to her hometown. She was the oldest woman competing tonight at forty-two and she had a crowd of friends and family there cheering her own. Sandy made it through the first couple of obstacles and she became the first woman to surpass the Barrel Roll. She was the PE teacher, but everyone was shouting her name as she was the first to make it to the Warped Wall and the first ninja to hit a buzzer tonight. She was also the first mom up the Warped Wall and the oldest woman to have ever made it.

Fresh from Sandy’s victory, there were several ninjas that attempted the same and none made it. Austin Gray was the next best hope and he was known for giving up his kidney to his childhood friend. He also made it to Stage 2 last year and so everyone thought the same would happen this year but he made an error on the Broken Bridge. He slipped and was eliminated the moment he hit the water. Again there were a serious on hopefuls that tried to recreate Sandy’s glory and all failed until it came to Jake Murray. The veteran knew how to handle himself on the course and he self-corrected more than once. He went on to become the second finisher of the night and his timing was impeccable.

Murray has the fastest time and he was the one to beat. The next ninja was Meagan Martin and she was also a veteran. She’s competed several times in the past and she had her eyes set on the buzzer. She carefully made it through the first obstacles and unfortunately, she fell on the Lightning Bolts, but tonight was truly a star-studded event and there was more to come. Sean Bryan had his run and the Papal Ninja was coming back from a broken ankle. He couldn’t even go fully into workout mode until last April and so everyone was praying he was ready. Sean believed he was and he raced through the course even as his ankle was still wrapped up.

Sean wanted a chance at that Speed Pass and so he actually completed the course quicker than Jake Murray. The two of them were now in the lead for the Power Tower yet Sean was just the third finisher of the night. There was no reason to believe there wouldn’t be more! Reko Rivera came close but failed to become finisher when he couldn’t make it up the Mega Warped Wall. That ten thousand dollar was elusive and Dan Yager also risked everything to get it and he failed just as much. It wasn’t until rookie Alex Hatch had his run that the show finally received another finisher. And so the rookie definitely made a debut.

Geoff Bitten went next and he was the only ninja alive that had a perfect season. He once hit all six buzzers and no one else has ever done that, but he took several years off afterward and so this was supposed to be his comeback. He was fine in the beginning and then it was the Broken Bridge that tripped him up. He was great with upper body strength and so, of course, it was the balance obstacle that took him out. It was a shock when it happened because even the crowds were stunned into silence, but he can always come back next year and so it was onto the next one. Leif Sundberg was known as the Swedish Ninja and he threw out Swedish Fish candy to the audience.

Leif was a crowd favorite and he was coming back after a poor showing last season. He had something to prove and he did it by racing through the course. He handled every obstacle and he became a finisher with the fastest time in the history of ANW. Leif came in at just under a minute and so it looked like he would be facing off against Sean in the Power Tower. There were several finishers and no one touched Leif’s time. Then came the Twin Ninjas Nathan and Marquez Green. The first one to have his run was Nathan and sadly he was taken out much too soon on the course. So then came Marquez.

Marquez overcame the Lunatic Ledges and that alone ensured he made it further than his brother, but he also went on to become a finisher as well. He and his brother did their runs in honor of their mother and he credited his win as having done it for her. Then there was Jessie Graff. She couldn’t compete last year because she was working as a stuntwoman on the Wonder Woman film and so she’s back after two years away. She also came wearing a new superhero costume. Jessie Graff needed that costume because she sailed through the course and she went on to become the second female finisher of the night.

There was a whole slew of amazing female ninjas and for a while Meagan Martin was at risk of not making the City Finals. Her time was up against Megan Rowe and Rowe was beating her fellow Megan until she decided to take her time to figure out the last obstacle. She went on to fall on the Lightning Bolts as well and so she came close to beating out a veteran but wasn’t warned in time to speed up. The next ninja to have their run was Lance Pekus. He sailed through the course and then tried to go after the Mega Warped Wall. He failed to climb it the first two times and so when he made it on the third he became twenty-five hundred dollars richer.

Lance’s run was commendable but he missed his chance at the Power Tower and so the final race was between Leif Sundberg and Sean Bryan.

It Swedish Ninja vs Papal Ninja.

And the Ninja that won the Speed Pass turned out to be Sean Bryan!