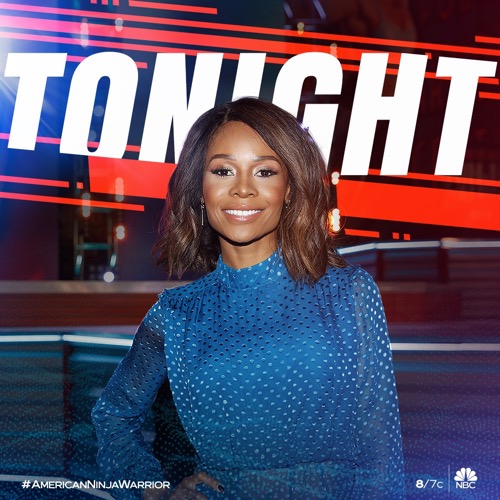 ANW was in Atlanta for its City Finals. Up first was famed footballer Tyrone Poole. He’s been a fan of the show for several years and the NFL player wanted to take home another championship. Unfortunately, Tyrone fell on the second obstacle and so there went his dreams of going to the National Finals though there was always next year. Josiah Singleton went second and this farmer has almost his entire town out there in the stands. They came out in full strength to support their Country Boy Ninja and he did them proud as he became the first ninja of the night to surpass the Off the Hook obstacle. It was the same one that Tyrone fell on and so that was a personal accomplishment. And to cap it all off, Josiah became the first ninja to go to the back half of the course.

This rookie fired up the crowd and they cheered him as they went to the back half, but sadly he fell on the eighth and newest obstacle. It was the newest and therefore knew how to make it past it just yet. The next ninja to have his run was Neil “Crazy” Craver. He was given that nickname because he tended to take crazy risks. He failed to become a finisher during the Qualifiers because he failed to make it up to the Mega Wall and so tonight was supposed his redemption. It instead was a personal setback. Crazy Craver fell on the Block Run and there went his chances at Las Vegas. Up next was Caitlyn Bergstrom and she was one-half of the first sibling duo to make it to a City Finals. And her brother Caleb will have his run later.

Caitlyn came from a ninja family because several Bergstroms were known, ninjas. So hopes were high for our young Caitlyn and, at first, she seemed to be to hold her own. Then came one obstacle that just tired out her arms and it led to her falling before she could even reach the second half of the course. This means she too wasn’t going to Vegas. Devin Harrelson aka “Dougie Fresh” went next. He’s a new parent this year and having twins that were fourteen pounds each did help out his arm strength. He made it through the first half of the course with no problem and he made it up to his first Warped Wall. He went on to fall on the eighth obstacle, but tonight was still a good night for him.

Danny Niemitalo went on after the commercial break. He is known as the Kindy Ninja because someone watching the show had donated their kidney to help save Danny’s daughter and he paid it forward. Each year he wears a shirt showing a new child in need of a kidney. It has helped save his daughter Hazel and a young girl whose name back in school thanks to Danny’s efforts. This year he was wearing a shirt highlighting Jordan. Jordan was a little boy who needs a kidney and, if anyone wants to help, they can reach out through Danny’s charity. Danny himself knows how important it is that a picture of the child goes with the story and so he stayed in the competition long enough for everyone to see Jordyn’s face.

Danny fell on the final obstacle, but not before getting his message out and he still made it far enough to go to Vegas. Up next was Kevin Carbone. He was the creator of a few obstacles and he has even made a career of it by traveling all around the country and designing obstacle courses. This also gave him a definite lead. He was one of the few to quickly make it through the first half of the course and his run was perhaps one of the best of the season. Kevin had a strategy from the start and it showed as he became the first finisher of the night. He has his eyes set on the Safety Pass and so now he just has to see how the others will fare.

Travis Rosen went next. He was called the Ageless Wonder because he’s been around so long and it was also because he never gave up. He suffered a devastating blow last season when he injured himself on the course, but his run in the Qualifiers proved how worthy he was of a comeback. He did great then and he was still doing so with his run tonight. He made it as far as the eighth obstacle when he fell and that might be enough to get him to Vegas. But, no worries! There weren’t a lot of finishers this year and thankfully that opened up the realm of possibility for several ninjas that fell on the second half of the course. It seems they can still make it to Vegas after all, especially if people kept falling on the eighth obstacle.

Up next was Ryan Stratis and he was another legend on this course. He’s been around since the beginning and there was a yet a course that could truly challenge him. Ryan raced through the first half and had no troubles with the second one. The only thing that could make him pause was The Climb. He had to climb to the top while moving several fifty-pound barriers along the way. It was hard on his back and he had to fight his way up. Only he still managed to pull it off. He was from Atlanta and he made them tonight. He even got teary-eyed once he pressed that buzzer. He had been so proud that he actually was emotional for the rest of the night and that included it his interview. And so this run, in particular, was going to be memorable.

Jody Freeman went on after the commercial break. He was on the small side because he was born premature and he also had a rare condition that his liver was born on the outside of his body. Jody had several surgeries to correct it and so he is finally healthy, but he never did put on the extra weight and so he was probably one of the smallest ninjas in the competition. So this young man took everyone by surprise in the Qualifiers. He was fast on his feet and his background in rock climbing was quite helpful for him. It also didn’t hurt that he was a student and was therefore used to studying to get ahead. He studied other ninjas tonight and it helped give him have an impressive lead. Jody made it to the final obstacle when he fell and that’s only because the barriers were too heavy for him.

Jessica Clayton went next. She was a single mother of three kids and she served her country in the military. It wasn’t easy with her being away so often, but somehow she’s made it work with her family and her children have all been supportive of her ninja career. They were there tonight to cheer on their mom and she didn’t disappoint. Her position in the National Finals was guaranteed the moment she made it to the Bouncing Spider and so Zuri was able to pass it on the great news. There were several ninjas that went on after her and one of which became a finisher. But some ninjas that were waiting on the sidelines had also received great news for their ninja careers. Like the Bergstroms who as it turns were both going to Vegas.

There were several ninjas that got lucky tonight and Drew Drechsel wanted to be one of them. He had the last run of the night and everyone knew it would be special. This was Drew ninth year competing and he gets better with each run. Also, it was an open secret that Drew wanted to triumph in the National Finals. He’s gone to Vegas in the past and he has yet to make it past Stage 2. He keeps falling around that point and so a Safety Pass would give him a do-over. He would have a second chance at the obstacle with the Safety Pass and its why he went so far as to have a run tonight. Drew, as many remember, could have sat this race out. He’s already guaranteed a spot in Vegas with the Speed Pass and so his latest run was all about the Safety Pass.

Drew went on to become the fastest finisher of that night and that meant he had to race Kevin Carbone up the Power Tower.

The fastest finisher with the Power Tower would go on to win the Safety Pass and so the race itself was neck and neck when suddenly Drew pulled ahead.

Drew won the Safety Pass and now he’s one of the strongest competitors this season.