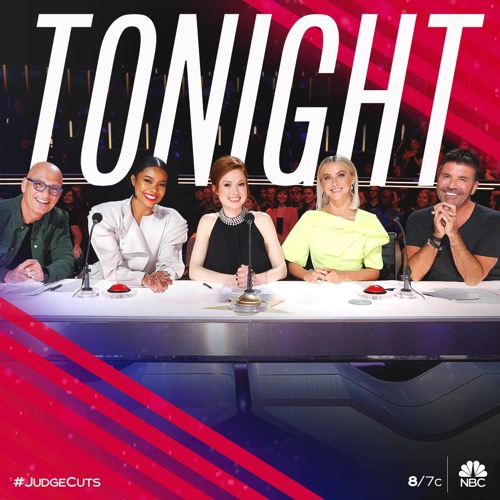 Tonight on NBC America’s Got Talent begins with an all-new Tuesday, July 30, 2019, episode and we have your America’s Got Talent recap below! On tonight’s AGT season 14 episode 10 “Judge Cuts 3″, as per the NBC synopsis, “Ellie Kemper joins the panel of judges as they send an act to the live shows.”

It was another night of the Judge Cuts. The contestants were so close to the dream of headlining a show in Vegas. All they had to do was not mess up and keep the respect as well as the great opinion of the judges. The guest judge tonight was Ellie Kemper. She was a comedienne and this was great for the first contestant. Greg Morton was a comedian. He technically comedic humor on stage and so he wasn’t just a comedian, but his level of entertainment could work with Ellie. She shot to fame for her humorous show on Netflix and so Greg knew she would appreciate a unique brand of what’s funny. He was a little nervous when he first came out on stage. Then he went into his act and that’s when the professional took over because he never missed a beat. Greg left everyone laughing and that was what the judges were going to remember.

The next contestant was Carmen Carter. Carmen was now sleeping better because she finally heard that she was a great solo artist and she’s been looking for that validation her whole adult life. She tried to be a solo artist when she younger and that’s when she was told she was too fat. The industry chose instead to place her in the back as a backup artist. Carmen’s self-confidence took a dive after that. She never thought she was truly talented afterward and that was until she heard from Simon that she was great. This second time onstage had Carmen as the judges never seen her before. She happy to be there and she gave a performance. The judges must have loved it because they gave her a standing ovation and really it was just Simon that had something to say. He said he wanted to see her do more than covers in the future. And in the truth that wasn’t so bad.

Simon could have been harsher. He actually told Nicholas Wallace that he was boring and he even stopped paying attention to Ray Underwood with his dog Magic. Simon eventually had to inform everyone that they should first keep the audience awake. Which meant great things for Gonzo. Gonzo was the Japanese tambourine artist and he started his act by raising the element of surprise. For example, he turned his tambourine into a weapon. He would throw it at the judges and it was on such a long string that the judges would always jump. Gonzo literally got Howie twice with that. He also woke up the audience and turned around Simon’s bad humor. Simon was much happier having seen Gonzo’s act.

A dance group went next. The Argentinian group is known as Revolution: Queens of Malambo had fiercely had brought it during their audition and so they promised the judges that they managed to top themselves. They brought out fire, drums, and even brought back their fighting spirit. They were great on stage. They also did as promise and they raised the bar with their performances. Some of the judges, however, found it all too much. They thought it would better if it was stripped down and was like Marcin Patrzalek. Marcin missed his high school graduation to be on AGT. Except it had been worth it because he was exactly what the judges were looking for and they enjoyed that it was just him with his guitar. He didn’t add fire or anything like that. He simply showed all the amazing things that could be done with the guitar and the judges loved him.

The judges showed countless times that they are looking for talent, not fussiness. They allowed the Queens to go without comment because that was the only dance group like it and so things might change down the line. The judges later heard from Jacob Norton. He was talented and that’s why it was confusing when he gave such a horrible performance. They also saw Patrizio Ratto. He too gave a less dazzling performance than his audition and so things went on a downturn. Ansley Burns saw all of this and it scared her. She was just twelve-years-old. She didn’t know if she could compete with these talented adults and it didn’t help that her second time onstage went as well as her first time. She again brought along a track that was drowning her out. The judges had to stop the performance and they asked her to sing it acapella. And that’s when she really shined.

There was something special about Ansley. She merely needs to bring better track music with her and that way her voice could win over the crowd on its own. Ansley also needed to know the judges like her. She didn’t need to worry about how she compares to someone else and frankly she was merely one of the kids that we’re bringing it this year. The judges also heard from Light Balance Kids. The dance group from Ukraine had truly impressed the crowd and, you know what, its exactly what the LBK deserve. Their country has been at war for five years. No one on the news even mentions anymore and no one is thinking about how these kids were being displaced if not outright harmed. So these kids deserve all the accolades this world could give them. It also didn’t hurt that they were super talented and so, of course, they got the Golden Buzzer.

The LBK was a talented group. There was no one there tonight that didn’t love them and so they were a hard act to follow. Unfortunately, Stephanie’s Child went next. The trio of drag queens hadn’t received a warm reception from Simon who gave them the reject buzzer and so they were back tonight to prove that they were talented. They came back with backup dancers and even brought some attitude. They came out singing Demi Lovato and again Simon pressed the reject buzzer. He said the group wasn’t talented. He didn’t think they could sing and he also annoyed his fellow judges. The others had loved Stephanie’s Child. They thought the group was entertaining and they promised to outvote Simon. It was only Simon that had this bad impression of this group. And everyone was intent on ignoring him, especially Stephanie’s Child.

A married couple ended up going next. Nick and Lindsay were the singing and dangerous act that everyone couldn’t help watching. The couple had upped their game. They brought in knife throwing, razor blades, singing, violin playing, and somehow they brought in walking on nails. None of it had been perfect on its own and so it was only great collectively. Like, no one could figure out how he survived any of it. It was literally a miracle no one died and that alone left the judges astounded. They actually enjoyed the act. There were other daredevil acts or act in general that had an element of danger and none had been as terrifying. This goes for Duo Maintenant and Edson and Leon. The latter two played into their appearance and they were dressed as the two from the movie “Up”. And it was just so cute.

Cuteness aside, Melissa Arleth went next and she brought in her own form of scary. She has a rats act. Melissa and her rats performed a series of feats and things took a wrong turn tonight. Her rat didn’t want to play ball. It was hard enough to convince him to go along with Melissa’s plan and even then he needed a lot of coaxing. It just her luck that the judges were willing to be understanding. They understood that it was hard for a rat with its own mind to follow orders and so they tried to be nice about the act overall. Only Simon didn’t care about her feelings. He said he didn’t like the act and secretly the other judges felt the same. There was really no getting behind a rat act and so tonight will probably be Melissa’s last night.

MacKenzie had gone last. At one point in his life, he thought he might lose his voice and it was thanks to his doctor that he was able to sing again. MacKenzie wanted to celebrate his voice now by singing in honor of those that stood by him. He chose the song “Forever Yours” and the judges loved it, but Julianne said it didn’t sound as effortless as his first performance and the other judges got into an argument with her about it. Simon said that MacKenzie was the best of the singer of the night. He also made it known that he was going to fight for MacKenzie and so the guy at least had one judge in his corner.

The judges later had a debate amongst themselves and, in the end, they picked six acts to move on to the live shows.

They along with LBK will be going to the live shows!