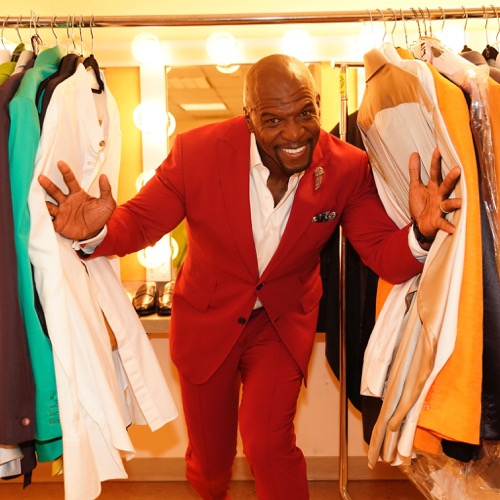 Tonight on NBC America’s Got Talent begins with an all-new Tuesday, August 20, 2019, episode and we have your America’s Got Talent recap below! On tonight’s AGT season 14 episode 14 “Quarter Finals 2″, as per the NBC synopsis, “Performers take the stage live from the Dolby Theatre in Hollywood as judging is turned over to the American viewing audience.”

The contestants have survived their auditions, the Judge Cuts, and now they were exposed to the American public.

This was the live shows! The American people had the chance to save their favorites tonight and they could only save seven out of the twelve acts. So, every vote counts. The audience can continue to vote to the very end and so everyone should really be coming through with this one. The contestants were anxious enough and no one was more nervous than Charlotte Summers. She was a singer and great one at that. She was also thirteen years old. She was a kid far from home (Spain) and sometimes her accent meant she couldn’t always find the right word to talk. And so, she was much better expressing herself with song.

Charlotte was a kid with an adult’s voice. She selected the song “Diamonds Are Forever” and she might have taken on too much. The song was too old for her. She had to stretch her voice just to meet each note and she lost her personality in doing so. The judges told her that they hoped the audience was judging her based on previous performance. Their criticism with her was actually a lot better than it was with Nick and Lindsey. The married couple have act they call Sideshow Opera and it was all about putting Nick’s life in danger as she sang opera. He chose tonight to sing something more modern and it still didn’t save the act.

Everything that could go wrong, went wrong and then some. The knife throwing wasn’t on point and the song itself was horrible. The judges had all hated it in their own ways and yet Nick tried to be a smartass about it. He said that the audience still likes it and did they? The audience seemed like they were trying to cringe away from what was happening onstage. Hell, the audience at home was probably doing the same thing and so they really weren’t as great as they thought they were. They were no Chris Klafford for one thing. Chris was a singer from Sweden and he had genuine talent. It didn’t just come and go like a certain couple’s did.

Chris sang and original song. He wrote it in honor of his great-grandmother who passed away and so the song came from the heart. And it was good! The audience enjoyed it and two of the judges had liked it. It was just Simon and Howie who disagreed. They said Chris was like Charlotte in that he sang the wrong song for tonight and, well, it was a good thing when the audience booed both judges. The audience had loved Chris’s song. It wasn’t something they always said of every singer and so that’s a win. Take the next act. It had been another danger act and unfortunately that too hadn’t been pulled off with the same style as before.

The judges usually loved Marina Mazepa. All four of them would be in agreement on how much they love her and so Simon was the sole outlier this time. He pressed his reject button as she was doing her act. She was twisting herself and going full crazy onstage. So, she didn’t need someone to mess with her confidence midway. Marina hadn’t let Simon get into her head and she pulled off a performance that the others had enjoyed. The other judges had been great to her and the audience cheered her on. It was only Simon they hated and surprisingly that didn’t change the truth. The truth is that the one thing no one could say about him is that he’s wrong. He said Marina had been great before and that she was only good tonight. And he might have been right.

According to Simon, there hadn’t been one perfect performance so far. As if that didn’t put pressure on everyone that came afterwards. Robert Finley went next and he was another singer. He too sang an original song and it was all about his time on AGT. It was his way of being thankful for this opportunity. Robert put his heart and soul into the song and he had been incredible. The audience loved him and even Simon loved him. And so why is it that Howie didn’t love this act as much as he should have. He said that Robert should have tried appealing to a younger base and why should he? Why should he have to lower himself?

Howie was in the wrong. He also stopped Robert from receiving a perfect score from the judges and so the next act hoped it would be them that finally received that honor. The Sentimentalists were the illusionary if not outright magic act. They were eliminated before and were brought back by eager requests. The Sentimentalists, therefore, should have proven why they deserve to be on that stage. They shouldn’t have gone up there to be a flop and they sort of were. The act took too long and was also boring. Plus, the music didn’t help. It made the problems seem bigger than they were and it practically sank the whole act.

No, the first perfect act was probably Ryan Niemiller. He was a stand-up comedian and he always had the crowd in stiches. He was wonderfully funny and this time the judges were all in agreement. They celebrated Ryan like a conquering hero because he was the first to overcome their slump. They were looking for someone amazing and he definitely was. He was born with a disability and somehow he turned that pain into humor. He brought out the best in everyone and its why it wasn’t so hard to see the best in him. And for a very short time, the judges witnessed acts that pleased them.

V. Unbeatable went next. They were dance group and they received a Golden Buzzer last time. They were really good and everyone saw that they were, but last time Simon hadn’t been as impressed. He asked for more and so V. Unbeatable upped their game. They used every last moment onstage to wow the audience and tonight they finally cracked through Simon’s tough exterior. He loved them tonight. The judges were all in agreement in how much they loved this act and each and everyone of them had said that was the best act in their entire career with AGT. The next act, on the other hand, hadn’t been one of those greats.

The judges were again fractured with Joseph Allen. They didn’t all like his song this time and it was such a downturn from what he’s done before. The judges had preferred the emotion over the song itself. Everyone liked the sentiment and how he dedicated the song to his family. They also enjoyed watching his family break down in tears because they were so proud of Joseph. The problem however was that Joseph wasn’t going to be judged on emotion. He might have blown his shot just then and he wasn’t the only falling below their own standards. Simon said the same of Light Balance Kids.

LBK was a dance group. It was consisted of kids coming from a war-torn country and they put their heart into their dance. But it wasn’t enough for Simon. Simon said he’s seen better finishes and he felt the group did worse tonight than before. He had been looking for the kids to be out here doing it better than the adults and it didn’t seem like he was going to get it until Tyler Butler-Figueroa. Tyler was a violinist with such an interesting story. He was diagnosed with cancer when he was a toddler and then he was bullied for it by the other kids because they all thought he would catch cancer if they hung out with him. And so Tyler learned the violin as a way to make friends, but now he was such a great musician that the judges and the audience loved him.

Simon said he was hoping producers were watching because he wanted them to hire Tyler. May he be right about this as he with so many other things, only moving on, there was one last great act of the night and that was NDLOVU Youth Choir. The choir was another group coming from an impoverished area and they used a blend of their own culture with some added pop music. It tended to work for them and so they should never change it.

The judges loved the kids the most tonight and so hopefully they’ll make it through to the semifinals.