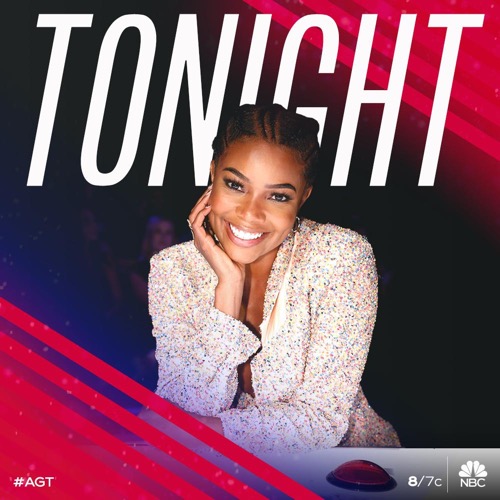 Tonight on NBC America’s Got Talent begins with an all-new Tuesday, September 3, 2019, episode and we have your America’s Got Talent recap below! On tonight’s AGT season 14 episode 17 “Semifinals 1″, as per the NBC synopsis, “Semifinalists perform at the Dolby Theater in Los Angeles for a chance to win $1 million and be named the most talented act in America.”

Five out of eleven acts were going into the next round. But Americans needed to vote and they only have a certain window in which to do so. The results from tonight’s performances will be up tomorrow, therefore, tonight really was the best night to get to voting. There were great acts all around and the first one up was Ndlovu Youth Choir. NYC upped their ante with visual effects and dancing and they just get better each time. There were also a group of kids and who could really turn down faces like theirs.

Tonight’s guest judge had also loved them. Sean Hayes has done everything and he was still taken aback by the choir. He loved them and so did the rest of the judges. Even the President of South Africa was tweeting about them, so yeah they were really great. They also kicked off tonight’s performances from the kids. Ansley Burns and her road to the Semi-Finals was a little bumpy. She was eliminated during Judge Cuts and was brought back via the Wild Card. She would have gotten eliminated again though she was saved that time by the Dunkin Save and so she had more luck than showmanship.

The one thing that the judges always said about her is that she couldn’t compete with the backup track. The music would drown her out and it would be better for her if she sang acapella. Ansley was saved twice by doing so. Then she wanted to show that she was capable of more and that’s why she chose a Carrie Underwood song tonight. The song was too much of a reach for her and again it overstretched her voice. The judges said a much even as they told her how well she did in other places of the song. And so it has to come down to America to decide if she stays or goes.

Taking time away from the kids, Messoudi Brothers went up onstage with their act. They were a daredevil group and one of them recently coming off of an injury. One brother had broken his foot when he fell trying out a new move and yet the brothers wanted to try pulling it off onstage. They wanted to do it because they remembered that Simon told them to end with a huge finale. He was disappointed the last time he saw them and so they wanted to prove that they were ready for this stage in the competition.

They also showed everyone a great time tonight. They threw in a little Magic Mike at the start and that sure as hell grabbed everyone’s attention. The guys then moved onto their stunts. They were great daredevils in their own way and they accomplished the lift this time. It had been impressive and it finally won them recognition from Simon. The judge partly took credit for the act. Then again he may have just been joking around and so this act was definitely another winner. And with the guys out of the way, it was back to original cutie pies of the night.

Tyler Butler-Figueroa went next. He was the young boy that took up the violin because he wanted to be known for something more than having cancer as a kid and so his story was deeply felt by everyone. They all wanted to root for the kid that survived the odds. He also won friends with his violin and so this time he simply had fun onstage. He danced, he laughed, and he never once lost his rhythm on the violin. It was incredible to watch and the judges were very proud of Tyler. He was so nervous that first time and now he’s in his element.

Keeping up the good vibes, Greg Morton went. He was a comic and he personalizes it in imitation. He could pick whatever voice he needed to imitate. He first did this to make the other kids laugh back at school and he realized then that no one was going to beat him up if he kept them laughing. Greg took that same energy to do what he did best but it wasn’t enough for Simon. Simon called tonight’s performance flat. He didn’t get it all and he thought Greg has done better. The other judge didn’t agree with Simon because they thought it was a culture thing. They thought that they could better understand the act as Americans and that’s why it was just Simon that had a problem with it.

Luckily, none of the judges had a problem with the next act. Kodi Lee was truly one in a million and he showed that every day of his life. He was born autistic. His autism meant he didn’t always care to be touched and that he couldn’t show his family his love in the same way they could with him though Kodi showed he’s been listing this whole time. He sings, plays the piano, and he was so great that the entire audience gave him a standing ovation. He earnt that Golden Buzzer before and if they could give it to him again, they would have!

Jackie Fabulous went after him. She was a funny comedienne and she cracks everyone up with stories of her dating life and stories about her seeking her mother’s approval. She somehow made it all sound funny. Tonight, on the other hand, she only won over four judges. The one judge that had to poo poo on everyone’s parade was Simon. Like, of course, it had to be Simon. He told Jackie that he just wasn’t feeling it tonight and everyone was wondering why? He was usually a big fan of hers and it didn’t seem like he tried to get the act. He merely wrote it off and refused to be moved about it.

Robert Finley went next. He was the oldest competitor tonight and he paid tribute to the long road he’s taken to get to this moment. Robert chose a song about age being nothing but a number. He threw in his guitar skills and even added some gospel flare to liven it up. In the end, it was a great song for him and the crowd enjoyed. Simon, however, had to offer his input. He believed Robert would have been better without the band and that he was strong enough to the vote with nothing but his guitar and voice. And so that wasn’t so bad.

Next up was Eric Chien. He was a magician and last time he split the judges’ vote because some of them believed his act was a little boring and others felt it had just the right amount. Either way, Eric said he would try upping his game the next time he saw them and instead he bored them to death. His performance tonight was not good. It was boring and no one knew what was going on until the very last minute. It was even a good reveal if anything it was still boring and the judges were in an agreement on this performance!

Light Balance Kids went next. They were also trying to recover from a past performance because the judges took issue with what they did and so LBK was trying to save face. They brought in more props and they also changed up their uniforms. Tonight they did a Marvel-themed dance and it had been hit with several of the judges. The one judge that stood out was Julianne. She said she didn’t like them changing up their brand and that she enjoyed their past performances more. It seems her biggest issue was the kids stepping away from the Light Balance brand in order to embrace Marvel. So, Julianne might just hate Marvel.

The next and last performance belonged to Benicio Bryant. The singer took on another original song and this time all four judges gave him a standing ovation. Simon also noted that Benicio took his advice. Benicio stripped down his song until it was just him and one instrument, so the whole performance became about his voice and not the techno lights. And that’s all the judges wanted.

The stakes are high and anyone could go home at this point!