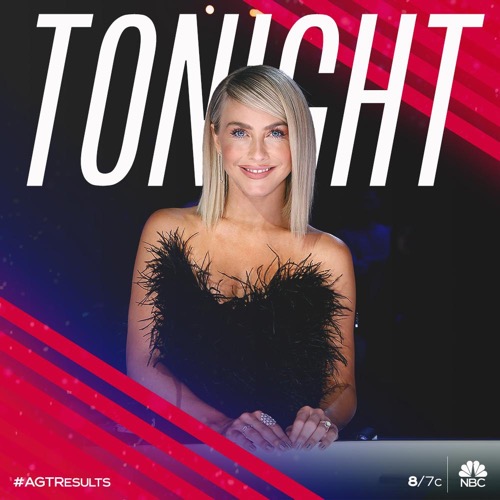 Tonight on NBC America’s Got Talent begins with an all-new Wednesday, September 4, 2019, episode and we have your America’s Got Talent recap below! On tonight’s AGT season 14 episode 18 “Live Results 4″, as per the NBC synopsis, “Five of the previous night’s performers move on to the Finals. Viewers have one last chance to send their favorite performer to the next round by participating in the Dunkin’ Save.”

The Finals is in two weeks! Tonight, was one of the last few episodes before then and it also revealed who was going through to the Finals because tonight were the live results. The results were all from last night’s performances. There was no going back and having a redo. The results were final, but they did take quite a few people by surprise. The three acts in the bottom were Light Balance Kids, Ndlovu Youth Choir, and Robert Finley. All three acts had been phenomenal last night. The audience enjoyed and even the judges loved them.

But no one is ever truly secure on AGT. They needed their fanbase to come out and vote for them. Those same fans still have time to vote. They can vote in the Dunkin Save and save one of the three. It didn’t seem fair that only one of them could go through, but that’s the way it is and thankfully no one was too heartbroken. The kids and the rest of the contestants all had a great time behind the scenes. They got to party in the Dunkin Lounge and the results were being played out as they were doing so.

The first pairing to battle it out was Kodie Lee and Greg Morton. Morton had an off night yesterday and that must come back to haunt him now that he knows America saved Kodi. It must also hurt how it didn’t come as a surprise. Kodi was a hit with everyone and they were shouting his name as the results were being revealed. So, that probably served as a giant hint. Everyone, though, remained in good humor and they have several reasons to enjoy tonight. The show had live performances from Darci Lynne and Preacher.

The two battled out for the championship, twice in fact. Now, they were here for a different reason. Darci Lynne was a comedic ventriloquist and she always leaves the crowd in stitches, but she had some help tonight from Preacher Lawson. He was another comedian. He too had the audience laughing and so this visit from AGT Alumni was just what the crowd needed. They even later heard from Jon Dorenbos. He was off doing magic at football practice and it’s great to see him combined these two things as only he can.

The guest stars also helped the contestants with their nerves. They’ve been there themselves and so they let everyone know its okay if they feel like they were going to be sick. It was all part of the process. It also helped take up the time, now back to the results. The next group had Benicio Bryant, Eric Chien, and Ansley Burns. Two of the three weren’t that great yesterday. Eric took his once exciting routine and thought making it boring would mean it was interesting. It wasn’t. Then there was Ashley who sadly didn’t pick the right song for her voice.

The song she chose had highlighted her flaws. Meanwhile, Benicio was the only one of the three that had several great nights in a row and the audience felt he was a better bet because of it. America saved Benicio and eliminated Eric and Ansley. There was also the last group before the Dunkin Save. That group had Massoudi Brother, Tyler Butler-Figueroa, and Jackie Fabulous. This group was a little bit harder because two of the three were actually great. The only that did have an off night was Jackie Fabulous.

Not everyone was in agreement about it, but those were the facts and so her position was sort of a given. The real tossup was between the brothers and Tyler. They were both great acts and they have completely two different fanbases. It literally could have gone either way. So, when it came down to the fanbases, it was Tyler’s that was the stronger one. America voted to save Tyler and he will be going to the Finals.

Now, onto the Dunkin Save. America chose to save Light Balance Kids. But the judges were still left with the choice between the Ndlovu Youth Choir and Robert Finley. They all loved Robert and they wished nothing but the best for him and yet the majority loved the youth choir.

Ndlovu Youth Choir had the best night of their career yesterday and that needed to be celebrated.