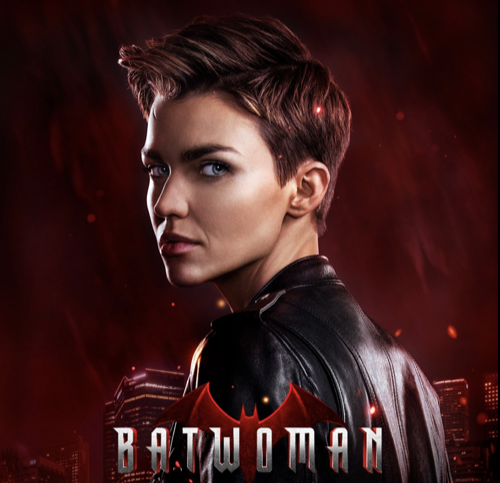 Earth-1 Central City. Batwoman shares drinks with the other women, toasting Oliver and how he lived. Supergirl doesn’t want to toast, she wants to think of a way to get everyone back. Lila reappears, she advises that they have an entire multiverse of wave riders at their disposal. Earth-75, Lila enters the ship, there is one legend there, McCrory, she tells him that the multiverse needs saving and the heroes need a ship.

Lex Luther appears in front of Supergirl, and she can’t believe it. All the people on her earth that died and The Monitor brings back Luther.

Lex Luther steals the Book of Destiny, Lila tells The Monitor that he is going to kill Superman and if he kills the paragon, they are all doomed. The Monitor tells her that everyone has a part to play.

Mia wants to use the Lazarus pit to bring back her father.

Earth 99 – Gotham City. Batwoman and Supergirl knock on a door, and Bruce Wayne is there.

Earth-167 Smallville. Clark Kent gets a visit, he is warned that Lex Luther is going to try to kill him – then Luther is in front of him. Luther tells Clark that he will always be his greatest enemy. Luther says that he is going to kill him, he hands Clark kryptonite but it doesn’t do anything, Luther is surprised. Clark says it doesn’t do anything since he gave up his powers. Luther is shocked, he tries to hit Clark who grabs his fist when he hears his wife calling for him. Luther says they are all doomed anyway and leaves.

Batwoman tells Bruce Wayne about his being a paragon, he tells her she is a few years too late and passes her a newspaper with the heading, batman’s reign of terror over. Bruce says a wise man once said, battle not monsters unless you become a monster, he has lost track of how many people he has killed. She says the Bruce she knew had a code. He tells her that she is going to get herself killed. She tells him that she is giving him a chance to be a hero again, and this time to the whole universe.

Nick is watching the baby, he reads a romance novel to calm the baby.

Earth-96 Metropolis. Clark Kent is approached by Lois Lane and another Superman, Lex Luther shows up with his book in hand and casts a spell for one Superman to kill the other. The two start fighting each other, it goes outside in the skies. Lex Luther is thrilled, Lois Lane whacks him on the head to knock him out, she opens the book and nothing works – she tries to talk about Clark’s past to get him to stop fighting, it works.
Earth 18 – North Dakota. Mia is not giving up on bringing her father back. Her father is submerged into water and comes back to life, his body is back, but not his soul.

Batwoman is with Bruce Wayne, Supergirl is there and he punches her. Batwoman tells her that she doesn’t know what happened to him, but it ends now. She pushes Bruce against an electrical unit and he is electrocuted, his last words, there is no hope.

Clark Kent and Lois Lane are back with their baby. The Monitor tells them that Lex Luther did his job, he led them to The Paragon. Batwoman announces that Bruce Wayne is dead. Apparently, there are more paragons on the ship, it is Batwoman, she is the bat of the future and the Paragon of Courage. Meanwhile, all attempts are being made to bring back Oliver’s soul, and if they don’t bring it back, he will be a monster forever.

Supergirl and Batwoman share a beer. Supergirl shows her a photo she found in Bruce Wayne’s library, it is of her and her sister, Beth.

Lila is on a table, her head hurts – she hears someone talking, he says he needs her. She gets up and walks, she meets the anti-Monitor.