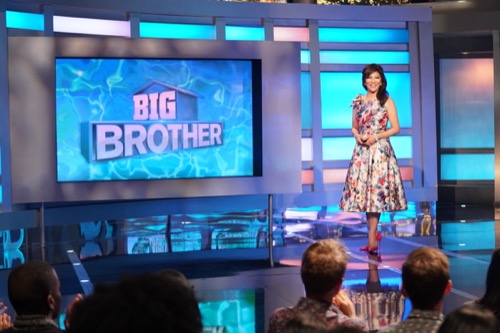 Tonight on CBS Big Brother 21 airs with an all-new Tuesday, July 2, 2019, episode and we have your Big Brother 21 recap below! On tonight’s Big Brother season 21 episode 4 as per the CBS synopsis, “Tonight on BB21 the houseguests will battle it out to win the PoV.  Following the PoV competition, we will see the PoV ceremony to see if the winner uses the power or leaves the nominations the way they are.”

The nominations are over, Cliff says that it hurts to be nominated and he was hoping something would change. Kat thinks it sucks to be a pawn, and she doesn’t think she is any good at it. Ovi is so happy, Christie made the nominations that his “fake” alliance wanted.

Kemi and Bella are talking about the guys and having a blast, the two get on very well.

Christie is trying to signal to her eight alliance that it would be good together and chat, but Bella is not there, she stays with Kemi. Christie says that it is a worry that Kemi and Bella are so close.

Kat is spending more and more time with Miche, a showmance is definitely happening between the two of them, no matter what they say. The girls are talking about them in the middle of the night, she is 22 and he is 29. Christie is almost rethinking that maybe Kat is the person to go if all she wants to is spend time with Miche and not play the game.

The doorbell rings, it is Kaycee, Big Brother 20 winner and she is so pumped to host the Veto Competition. Cliff is the first one outside, it’s a camp mess hall food fight. Players must brave a food fight and catch Kaycee’s favorite foods. The player with the most points will win the POV. Cliff knows he is a pawn, but anything can happen, so he knows the only guarantee that he is safe, is to win. Round one and Cliff has no points, round two the same. And, round thee is the same.

Sam really wants to save Cliff because he deserves it and he is a dad like him. But, what is this going to do to his game?

Miche tells Jack and Christie that they need to be smart and keep playing their social games. Jack calls the pecking order; Kemi, Jessica, Ovi, and Sam. Jack wants Kemi gone because she plays the game too hard too early. Christie is upset, she doesn’t like Jack’s attitude of controlling the game.
Nick is on the hammock with Bella, he really trusts her; they start talking game. Bella really doesn’t want to get rid of Kemi, she thinks she is good for her game and she really likes her.

Christie is really not liking her alliance is trying to make the decisions for her HoH, she needs to focus and do what is good for her game.

Christie is talking to Jack, he tells her to stick to her cards, Kemi has to go. Christie gets into an argument with him, she doesn’t want to get rid of Kemi, she is not hurting her game. He says to stay true to her word. Christie doesn’t like the pressure.

Christie is still crying, but now she is with Sam and tells him that they are backdooring Kemi. Sam is shocked, he is not a part of her alliance and didn’t know anything about it. Christie tells him that Jack is strong-arming her and she didn’t come here to play some man game. Cliff already promised to use the Veto and it is way too early to go back on his word.

Sam suggests that she put up Ovi, Christie thinks it is brilliant – but she would love to put up Jack. This decision is going to either make or break Christie’s summer. Time for the Veto meeting, Sam uses his Veto to take Cliff off the block. Christie has to name a replamcement nominee, she chooses Ovi.