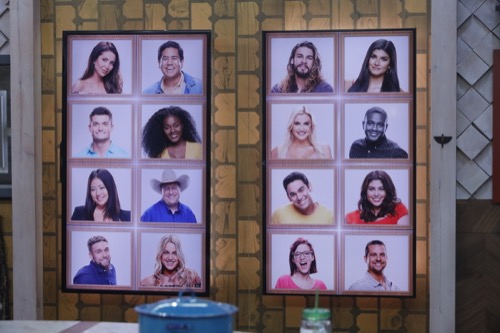 Tonight on CBS Big Brother 21 airs with an all-new Wednesday, July 3, 2019, episode and we have your Big Brother 21 recap below! On tonight’s Big Brother season 21 episode 5 as per the CBS synopsis, “Tonight on BB21 there will be the first live eviction of the season.  Currently Ovi and Kathryn are on the block.  However, there is a lot of buzz going around that we might actually not see an eviction there might be a twist.  Stay tuned to find out!”

After many underhanded and back room conversations, it was finally agreed to put Catherine and Ovi on the chopping block.

Christie put Ovi’s name up because she didn’t want to lose her friend Kemi. Kemi had tried to secure power for herself and Christie’s alliance hadn’t cared for Kemi’s behavior, but Christie went against her own alliance to save a friend and that might cost her. Christie knew that she risked a little too much and so she tried to save her own skin. She became everyone’s friend. Christie went to both Catherine and Ovi and she lied to them. She told them that they were safe because they were pawns. Christie tried to claim that she was focusing all her energy on getting rid of Ovi to Catherine and then she told the exact opposite to Ovi. Ovi had been left in tears when he thought his friends were turning on him and so he had been actually relieved when Christie said it wasn’t real.

Ovi actually believed his “friends” would come through for him in the next election when those same friends were talking amongst themselves and none of them cared if Ovi left. They said that they were going to get rid of him anyways and so they just upped their timeline. No one from the alliance was blaming Christie for what happened. She explained it as a smart game move and they each saw the merits in it. They all concluded that it wouldn’t matter if it was Catherine or Ovi that went home and Ovi must have sensed some of that. He went into his school presidential mode. He began campaigning to stay and he was on his behavior. And so being on the block had bought out his competitiveness.

Catherine chose to go in a different direction. She grew more paranoid by the day and it go to the point where she worried people were talking about her when she left the room. Catherine even would tell them how long she was going to be away because she didn’t want them to think they would have enough time to talk about her and so she lost the plot. Catherine would enter every room and demand “are you bitches conspiring against me”. She would ask that each and every time. People started calling her tiresome and even those that wanted her to stay had eventually question the decision. They couldn’t take her or the mood she brought into the room. Catherine was pushing people away when she should have been binding them to her.

Ovi could see that Catherine wasn’t winning people over and it didn’t count because he wasn’t faring well either. Ovi told some of the guys that he has an advantage and that it would be lost if he’s voted out of the house. He took a gamble, but it worked. It made the others second-guess evicting him and the guys admitted to themselves that they wanted that advantage. Ovi was still technically part of their alliance and so they question why he had been nominated as well as who nominated him. It had been a smart decision before they found out about the advantage and afterwards it made them question Christie. Christie hadn’t discussed what she was going to do before she did it. It was this fact that she hadn’t consulted anyone that made some wondered about her strategy.

In all honesty, Ovi’s decision to tell people about his advantage hadn’t changed a single thing because he only told two people. The others including those from Gr8ful alliance had voted to evict Ovi and not one person voted to evict Catherine. Catherine was annoying everyone for days and then right before the election she turned her annoying behavior into a comeback line. She said, “she’ll find out if bitches really were conspiring against her”. It truly did become a great line and it saved her. Catherine ended things on a high note on election night and that must have been enough to forgive her for the never-ending paranoia. And so she was later told she was safe but Ovi was told he was evicted and he was going to leave until he heard the tune from Camp Comeback.

Camp Comeback was a new twist. Members of Camp Comeback weren’t still in the game and they couldn’t do any of the tasks, but they did get to stay on at the house in less comfortable accommodations. They could also remain part of the Big Brother’s social game and even take the spot of someone still involved in the Big Brother grander competition. Also, Ovi wouldn’t be alone. He was soon joined by David and the two them now have the chance of reclaiming all that they lost. They later couldn’t watch the new HOH competition and so they only got to listen it. Which was almost as good as Christie’s position. She couldn’t take part in the latest competition either because she was the latest HOH and she was about to yield her position.

As for the HOH competition itself, the contestants got to play a quiz games with fireworks and it slowly picked them off until Jack was the last contestant left standing.

Jack won the game and he was the new Head of Household, but the most important things is now he was in power.

And he also has to make decisions based on his knowledge about Camp Comeback.