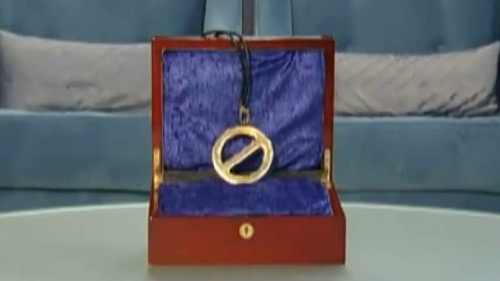 Tonight on CBS Big Brother 21 airs with an all-new Wednesday, July 10, 2019, episode and we have your Big Brother 21 recap below! On tonight’s Big Brother season 21 episode 7 as per the CBS synopsis, “Tonight on BB21 Jack has picked his nominations and tonight they will need to fight to win the PoV.  Once the competition is over we will have the ceremony and find out if the winner will use the Pov.”

Tonight we will see who will win the POV, will it be Jessica or Kemi and will they be able to remove themselves from the block.

After the last nomination ceremony, Jack felt that he played the best move his game. Jessica believes that someone is giving Jack the wrong information and she wants to find out who it is. Kemi on the other hand just wants to win the POV and show Jack. Bella tells Nicole that she told Jack about their alliance – Nicole is furious and can’t believe that she did that. Bella laughs about it because she has trouble keeping her mouth shut.

Kemi goes to speak to Jack, she tells him she wants to clear the air and debrief. He says that he respects her, it just sucks that he had to make this decision. He goes on to say that he is afraid of her because she is a good player. She tells him that she still wants to be friends, she is lying through her teeth – she says she just wants to come around and slit his throat.

Nicole goes to speak to Jessica and tells her that Bella told Jack; Jessica is in shock. Nicole says it is a bitch ass move and her blood is boiling.

David and Ovi are talking and Ovi says he is watching the whole house; he knows the big two are Jack and Michie. David wants to disrupt the house and since he was already out, he has less to lose.

The houseguests are all relaxing and there is an announcement, David & Ovi have to get in their Camp Comeback uniforms, they look like two boy scouts.

Jessica is talking to Michie, she tells him she is sad because Jack says she was gunning for him that is crap. Michie tells her if she wants to stay in the house, she has to be strong, and he doesn’t want her to go anywhere. Jessica loves that Michie tried to comfort her, and hopes he will take her off the block if he wins the POV. Jack, on the other hand, hopes he doesn’t get picked to play so he doesn’t have to make any decisions.

Time to pick players for the VETO competition. Only six people will participate. Jack chooses Bella, Jessica chooses Michie, and Kemi chooses Sam. Nicole can’t believe that Jessica didn’t choose her, she would have taken her off the block.

David can’t believe Jessica’s bad move in choosing Michie, he really believes these people have no clue how to play this game.

The doorbell rings and it is Tyler from BB20, even though he didn’t win the season, he won Angela and is very happy about that. Time for the POV competition, the backyard is made up like a large pond, Lilly pads, and frogs; it is Lake Big Brother. The lake is overrun with poisonous frogs, they have to collect them and build them on a base. But, while they are building they have to watch their water clock. If the water empties, the time is done and the frogs they have on their base will be counted. This is a tough competition, in the end, Sam wins and is surprised with a trip to Fiji. Jessica is devastated and now needs to work on Sam.
Jessica goes to speak to Sam and tries to convince him to use the VETO on her. Kemi is next, Sam is savoring all the attention, he likes Kemi, but he needs to really think how this VETO can help his game.

Sam is called to the diary room, he gets a letter and starts to cry – his grandfather died.

Time for the VETO meet, Sam chooses not to use the POV to avoid causing ripples in the house. Kat is thrilled, Jessica and Kemi are not. Now the only decision left is for GR8FL to decide who they are going to exit from the BB house.