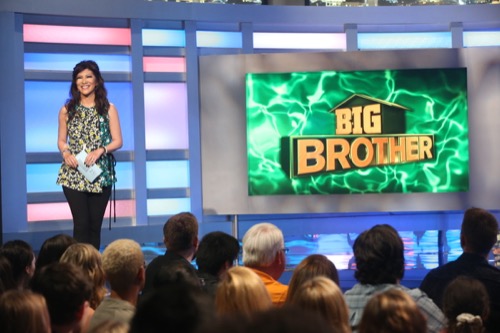 Tonight on CBS Big Brother 21 airs with an all-new Wednesday, July 24, 2019, episode and we have your Big Brother 21 recap below! On tonight’s Big Brother season 21 episode 13 as per the CBS synopsis, “Tonight on BB21 it is the PoV competition.  Jack and Jackson are eager to win so they can get themselves off the block.  After the competition, the PoV ceremony is held.”

Jackson agreed to be a pawn, and Cliff decided to draw a line in the sand and put up Jack. Jack thinks he sucks as HOH, obviously since he put him up! Meanwhile, Tommy is crying because Jack was put up and gives him a super hug when they are alone. Christie walks in and she hugs Jack as well. Christie is happy she is not on the block, but two of her alliance members are and she doesn’t want to be pressured to use her Diamond POV. Really?

Does Christie even realize that maybe she should have kept quiet about having the power? Christie goes on and on to her alliance about her power. Meanwhile, Jack just wants to fast forward to the Veto competition. Cliff is hoping the decision he made doesn’t bite him in the butt. Bella thanks him for not putting up her and Nick. Nick is thrilled that the two Jacks are on the block and says it’s all karma.

Slop has arrived in the Big Brother house, and it looks disgusting. Cliff announces that Have Nots have to eat slop and sleep in the Have Not room, formerly the Camp Comeback room. Cliff gets to choose, he picks; Tommy, Kat, Christie, and Jackson.

Christie is talking to Cliff, he tries to talk her out of using her Diamond POV. Jackson is looking for any saving grace that he can. Jack reveals to his alliance that he has the chaos power, if he doesn’t like the original draw for the Veto players, he can change them.

Cliff goes into to talk to Nick and Bella and tells them if any of the six-win, they have no hope.

Time for the Veto competition. This competition takes place in a watercraft, they have to strip down to their swimsuits and take a dip in the lake. They have to keep three buttons press while undressing. Once they are undressed, they jump in the lake and hit their red button. It’s time to play, “take it off.”

All the house can talk about is Christie’s power, she is getting emotional and says it is the biggest decision ever. She admits that she should have kept her mouth shut and now she is feeling the pressure. Jackson tells Christie there is no pressure, she removes someone from the block but she is not the person to choose the replacement; he then offers to do it for her if she gives him the power. Christie thinks Jackson is selfish and should watch his step.

Cliff has to do a total 180 to recover from this horrible week. Christie tells Cliff that Jackson is putting a lot of pressure on her. Cliff says that the two Jacks are controlling the game. Christie says her motive is not necessary to protect the boys, it is to get rid of an enemy and she wants to get rid of Bella. In fact, if he puts up Bella, she will use her power to benefit him and going forward, he will not be her target forever. He swears to God, and so does she.
Time for the Veto meeting. Jackson uses the Veto to remove himself off the block. Cliff has to name a replacement nominee, he names Bella.

Cliff could have made a huge move but he made a promise to Christie and he is a man of his word. Christie managed to save her power for a rainy day and gained a new ally in Cliff. Bella is not going to give up even though the odds are stacked against her.