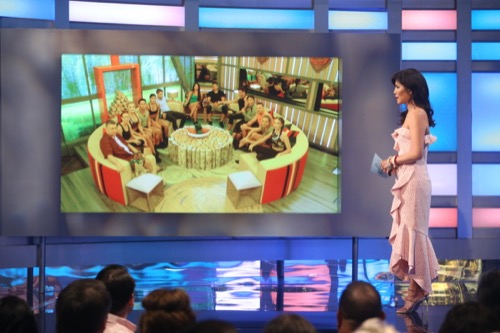 Tonight on CBS Big Brother 21 airs with an all-new Thursday, July 31, 2019, episode and we have your Big Brother 21 recap below! On tonight’s Big Brother season 21 episode 16 as per the CBS synopsis, “Tonight on BB21 Houseguests vie for the power of veto..”

Nick tells Sam that he should pick someone that he can beat in the Veto competition. Right now, the best thing for Nicole’s game is for the two to stay on the block. Cliff tells Nicole and Jessica to be patient and wait and sees what happens, down deep they all know that they are in jeopardy. Meanwhile, Kat volunteers to Holly to go up as a pawn to hide the relationship that she has with her. Christie thinks this idea is great, Holly thinks it is genius. Kat tells them that they better not vote her out.

Time for the Veto competition, Jack is dressed as Little Bo Peep. Everyone heads out to the yard, and it is made up to look like a farm. Something is going to happen barnyard style. Jack welcomes everyone to BB Farms and announces that the players are going to be working with sheep. In each head to head match, there is a target number on the barn, the goal is to herd sheep into your pen to match the number on the barn. The person that gets the correct number of sheep will win that matchup. They will keep two by two until there is one person left, the winner of the PoV. Nick vs. Jessica, Holly vs. Sam, Cliff vs. Tommy. Nick won the first round and Holly the second, so they now face off. Nick and Tommy are the only two left and battle it out for the wine. Nick wins the PoV. Nick is thrilled, he is not going home and he is happy to see everyone sweat a bit. Sam is happy for Nick, but he is proud that he tried hard. Holly’s target won the Veto, now she has a big decision to figure out who to put up as a replacement.

Holly thinks this is the least fun part about HOH. Christie tells Holly that everything happens for a reason, maybe this is God telling them that they should work with Nick. Holly is mulling over whether she should put up Nicole or Kat, as a pawn. Tommy and Christie got poison ivy treatment, instead of being covered in rashes, they are now covered in hot pink calamine lotion.

Sam asks Holly to talk, he wants to convince her to put a floater up on the block. Holly says that she will think about it.

Holly is speaking to Christie and Tommy and tells them that she has to be 100% sure that she wants Sam to go home if she puts Kat on the block. Holly says maybe she should put Nicole up and they can vote her out, Christie is not on board. Tommy thinks it is a little weird to choose Nicole and thinks Holly has reasons that she is not revealing. Christie is convinced that Holly made a deal with Sam. Analyse doesn’t know why Christie and Tommy are coming up with these conspiracy theories. Analyse goes and tells Jackson and Holly. Jackson is furious. Jackson goes to get up and Holly tells him not to go talk to Christie, let it go.

Jackson goes to speak to Christie and Tommy, tells them that this is not his and Holy’s HOH, it is hers and she just wants to make sure who is put up is her decision. Holly walks in and looks directly at Jackson and says, “why do you come and talk to people when I tell you not to.” Jackson gets up and leaves. Christie knows she needs to smooth this over, she doesn’t want to be the replacement nominee. Holly tells them that Analyse compared her and Jackson to Nick and Bella. Holly goes to see Jackson and says sorry to him. Holly says that Analyse is playing the game too hard and becoming sneaky.

Time for the Veto meeting, Nick uses the Veto on himself. Holly has to name a replacement nominee, she chooses Kat. You just know by the look on Sam’s face that he knows Kat is a pawn and he is the target.