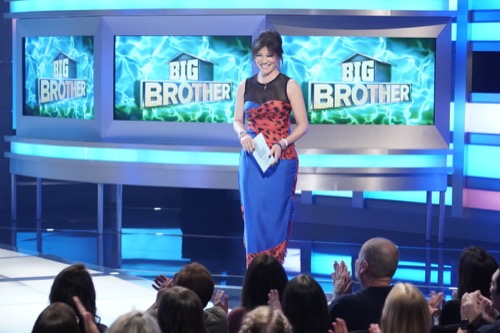 Tonight on CBS Big Brother 21 airs with an all-new Sunday, August 7, 2019, episode and we have your Big Brother 21 recap below! On tonight’s Big Brother season 21 episode 19 as per the CBS synopsis, “Tonight on BB21 we have the PoV competition and following the competition the PoV ceremony will be held and we will see if the winner uses his power.”

Jessica reads Jack and Jackson like a book, her target is Jack and hopefully, her nominations remain the same after the Veto. Kat agrees with Jessica, she thinks she is making the right move. Meanwhile, Jack tells his alliance that he is going to win the Veto and take himself off the block and even if he does win it, he may not use it because he knows he is safe! Wow, how arrogant! It will certainly be funny if Jack does end up going home and have to eat his words.

Nick is a lone wolf, he is not sure where he stands in the game. He decides to just tell everyone what they want to hear.

Christie talks to Jack and tries to come up with a plan to save him. It all comes down to who is going to win the POV. Jackson’s survival is up to him, he knows he has to win the Veto or he might be going home.

Time for the Veto competition, this game is all about the Big Brother galaxy. Nicole is the host for the completion and she welcomes everyone to area 21. Today the players will be launching their rockets into the far corners of the BB Galaxy. This competition will be played in a series of rounds. In each round, they will board the spacecraft and go for a spin.

The object of the challenge is to launch their rocket to collect points. The person with the lowest points in each round will be eliminated. Nobody will leave empty-handed. Once they are eliminated they have to claim their astronaut helmet to reveal their prize. The players eliminated after them can trade their helmet with the other eliminated players.

Jessica overhears Nick say that he will vote for Jackson, this puts a wrench in her plans, she wants Jack voted out. Jackson listens in on a conversation between Jack, Nick and Christie; he goes right upstairs and tells Jessica. Nick is playing both sides.

Time for the Veto meeting. Jessica decides not to use the POV.