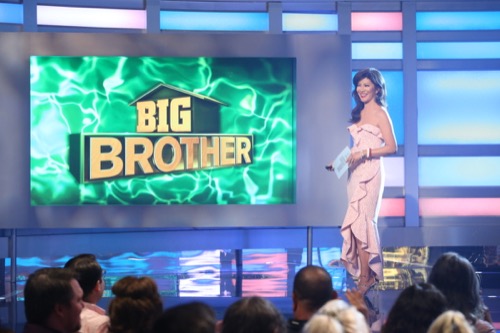 Tonight on CBS Big Brother 21 airs with an all-new Thursday, August 8, 2019, episode and we have your Big Brother 21 recap below! On tonight’s Big Brother season 21 episode 20 as per the CBS synopsis, “Tonight on BB21 we have the live eviction and we will see if either Jackson or Jack is sent home.  Following the eviction the HoH competition will be held.”

Jessica has assured that one of the alpha males gets booted from the house, who will it be? Tonight we will see who is evicted. Jessica had her dream HOH and she won the Veto on top of it, she couldn’t be happier. Jackson has decided not to campaign against Jack.

Jackson gets his punishment from the last Veto competition. For 24 hours, he is the Area 21 alien doctor on call. At any time of the day, he can be summoned to the yard to perform an alien autopsy. The 24 hours sucked for Jackson but made for some pretty funny TV.

Jack gets his punishment, an alien is in the house, named Big Al, and Jack has to do whatever he wants for the next 24 hours. Honestly, do not know how Jack kept his cool, the alien is so annoying, but Jack embraces it.

The alliance of six tries to mend fences. The six-shooters broke up, but Tommy would like to have them come back together. Jack says he made a flaw and he has to lay in his bed. Meanwhile, Jessica asks Jackson if he is going to campaign, he says no, he shook Jack’s hand when he came in the house and doesn’t plan on campaigning against him. Jackson joins the six-shooters and they all talk. Jack gets up and tells Jackson that he violated his trust and he is sorry and leaves the room.

Jack doesn’t have a problem campaigning, he goes outside and asks Nick for his vote; he says yes and tells him to go get Cliff’s vote and that will secure his place in the house. Jackson goes to speak to Cliff, he offers him a deal of eviction immunity, if he gives him his vote. Cliff knows it is a sweet deal, but does he want to dance with the devil?

Time for the live eviction, Jack and Jackson get to have some final words and pitch for votes. Jack decides just to say some nice things about everyone. Jackson decides to make a pitch for votes by telling everyone that he was true to himself.

Jack sits in the hot seat with Julie. Jack says that looking back he should have trusted Jackson. His ride or die was Christie and Tommy, Jackson was a bromance. Julie confronts Jack on the ugly comments he made about Kemi; she shows him a video. Julie tells him that he called her a b**ch, dog poo, and he said he wanted to stomp a mudhole through her chest; he asks him his thoughts. Jack says that there was no personal vendetta, they were playful in a group of people and he apologizes to Kemi.

Furthermore, he wouldn’t support the things that he said and he would take them back if he could. Julie says that another comment that he made that people found offensive was a comment about Bella; she plays the tape, he says rice pudding and Bella was Asian. Jack says they were talking about recipes early in the evening and rice pudding was one of them, it had nothing to do with Bella’s ethnicity.