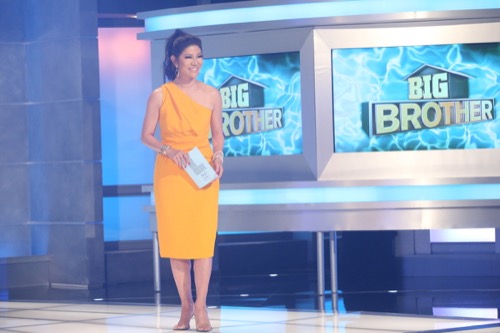 Tonight on CBS Big Brother 21 airs with an all-new Thursday, August 15, 2019, episode and we have your Big Brother 21 recap below! On tonight’s Big Brother season 21 episode 23 as per the CBS synopsis, “Tonight on BB21 we have a live eviction and one houseguest will be sent home.  After the live eviction we will have an endurance HoH competition.”

The past twenty-fours have been a whirlwind. There was two up on the block and the final decision came down between Cliff and Kat. Kat was the most considered the threat because she’s proven she’s a good player, but the cast have repeatedly tried to get rid of Cliff and so this could be their final chance. Either way these two were a part of the outliers’ alliance. There were a group of people that felt like they couldn’t count on anyone else and they were right. They were initially up against the Six shooters.

The Six Shooters were considered the best of the best. They could have taken on anyone and yet they made a critical mistake. They allowed personal grieves to break up their alliance. It was from the ashes of this former alliance that a new one came about and there were Tommy, Christie, Analyse, and Nick who wanted to form a new alliance. They were the ones hoping to a create a new group with six members. To do that, they needed someone like Cliff and some weren’t all that sure about him. He was one of the guys that sent Jack home.

The new Six Shooters talked amongst themselves. They knew they didn’t have a lot of time to shop around and so they decided on Cliff. Cliff has worked with the group in the past. He was also considered trustworthy and there wasn’t a lot of that going around. The Six Shooters needed to rely on each other like before. So they had to settle for Cliff and Nick was assigned the task of bringing him in. Nick thought it would be a tough sell when it really wasn’t. Nick told Cliff that Kat was the problem and he had been surprised when Cliff agreed with him.

Cliff implied that Kat could be working with Michie and Holly. Everyone has an issue with the couples because they thought that they would look to each other before they turned to anyone else and so the Six Shooters wanted to get rid of them. In fact, they said that Michie and Holly would go up on the block once they got rid of Kat. The Six Shooters also needed their sixth person. They thought it could be Nicole and she wasn’t exactly down with their master plan. Nicole it seems didn’t want to turn against her friend Jessica.

Nicole and Jessica are best friends. They never wanted to vote against the other and so Nicole told Jessica what Cliff’s been doing. Jessica had been shocked and hurt, but she knew that she had to tell Kat and so Kat was the one that took it the worst. She didn’t want to be apart of Cliff’s Angels if this is what Cliff. Cliff made a plan without Jessica and that’s the one thing Kat will never agree with. She also thought Cliff was better than this. She later confronted him over what he did and he didn’t appear to care how much he’s hurt the girls. All he could say was that it was all part of the game.

Cliff didn’t care that he was hurting his former alliance if it meant he could stay around longer. It had actually taken everyone by surprise because no one knew Cliff was so cold and it has Nicole questioning her own part in all of this. She was the deciding the vote. She could vote out Cliff and it would mean that Kat could stay or she could vote out Kat and be stuck with Cliff. Nicole hadn’t made up her mind by time voting began. She was still wavering and so their final speech was what helped changed her mind.

Kat unleashed her claws and Cliff found something hilarious to say. In truth, it probably didn’t matter much what they would have said because the cast had already decided and they evicted Kat. She received the majority of the votes. The one person that didn’t vote for her was Jessica and so Kat only hugged Jessica on her way out of the house. Kat later had her final interview and she admitted that she saw her eviction coming. The only problem she had with the way she left was that she didn’t get to wear the gown she wanted.

Kat was forced into wearing lederhosen. The whole cast had to wear it and it involved their latest challenge for the new HOH.

Kat couldn’t stick around to watch, but the answers will be revealed this coming Sunday.