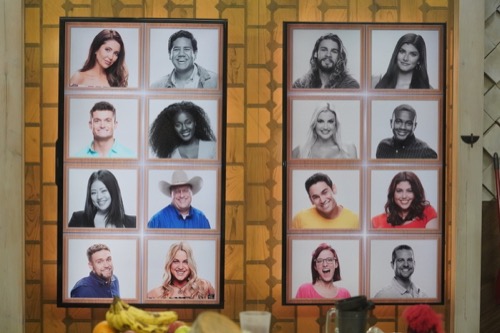 Tonight on CBS Big Brother 21 airs with an all-new Sunday, August 25, 2019, episode and we have your Big Brother 21 recap below! On tonight’s Big Brother season 21 episode 27 as per the CBS synopsis, “Tonight on BB21 Prank Week starts off and HoH will find out how the pranks will affect her HoH.  Tonight Holly will reveal her nominations.”

Jackson knows that America is probably wondering what the heck he was thinking of keeping Christie, but he is, because he felt it was good for his game. Meanwhile, Nick is hoping that Prank Week is going to be good for his game. Christie is freaking out, she goes to her room and thanks to God that she is still in the house, and apologizes to Analyse for seeing her go. Christie has made a few deals, she needs to come through or she is going to see herself on the chopping block since Holly is the HOH.

Christie goes to see Jackson and Holly, she wants to make a deal with the devil to keep herself in the house. She tells them that she would honorably go up as a pawn, her target is Nick. Jackson says the reason she was on the block is that he has respect for her game. Jackson thinks it is beautiful that Christie has nowhere to turn to, but him, because there is nowhere else for her to go at this point.

Jackson and Holly speak to Nicole and Cliff, he tells them that if they got their backs, they will do the same for them in return.

Everybody is worried about the pranks, Jackson jokes to Holly that maybe he will go home on her HOH – she tells him not to say that.

Christie is still worried about being voted out and goes to see Jackson and Holly make sure that their deal is secure. Holly tells Christie that she is thinking of putting up as a pawn. Christie is surprised, she didn’t think she would be put up this soon. Holly tells her that they have the votes and she has nothing to worry about.

Jackson and Holly talk after Christie leaves, they are not surprised by Christie’s reaction; this is the reason why they wanted to get rid of her in the first place.

Its nighttime, and everyone is called to the bathroom downstairs. Then they are told to go to the living room. Holly gets up and announces that America has been voting secretly all week to vote one houseguest as America’s Prankster. The houseguest who is the prankster will control one of the two HOH nominations. As HOH, Holly will only nominate one person; the prankster will nominate the second. If America’s Prankster’s nominee comes off the block with the Veto, they will name the replacement nominee.

Now that Holly only has one nomination, she has to be careful with Christie.

Nick goes to see Holly and asks her if she was planning to put him up. Holly says not to assume anything. Nick says that if she gives him her loyalty, and he won the Veto, he would save Jackson if he were put on the block.

Nick has been voted America’s Prankster, and it is up to him if he reveals it to anyone else in the game. Nick is super pumped.

Nicole starts acting suspicious and Nicole guesses that he is America’s Prankster.

Time for Nominations, Holly nominates Nick. Now it is time to reveal America’s Prankster’s nominee, and it is Christie. Nick is happy that he is sitting beside Christie, it is the best chance for him to stay in the house. Jackson wants the nominations to stay the same, he is worried that he will be called as a replacement nominee. Christie goes into the diary room and starts crying again, that she is on the block.