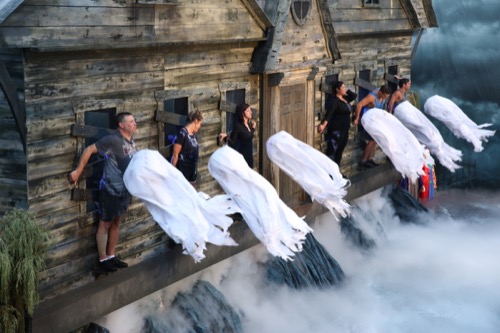 Tonight on CBS Big Brother 21 airs with an all-new Thursday, September 01, 2019, episode and we have your Big Brother 21 recap below! On tonight’s Big Brother season 21 episode 30 “HoH & Nominations,” as per the CBS synopsis, “Tonight on BB21 it is the end of the endurance competition and a new HoH will be crowned.  After the HoH competition and a new Head of House Hold is crowned the new HoH will nominate two houseguests for eviction.”

We resume the HOH competition, nobody has fallen off yet. Jackson doesn’t want to win HOH, but he will if he has too because he doesn’t want Tommy to win. Christie feels like she is in a good place in the house, so she really doesn’t need to win HOH. Jessica doesn’t know how much longer she can go on, she just can’t get a good grip. Jessica has fallen and is eliminated.

The competition continues. Cliff is the next one to fall. Christie jumps off, she says she is going to let the universe take control of her game this week. Nicole is down. This means it is between Jackson and Tommy. Nicole is a mess, she collapses on the ground and breaks down because she is frustrated with herself for not winning. The pressure is on, you can see both guys are suffering. Jackson tells Tommy that he is good, Tommy jumps off. Jackson has won HOH again.

Jackson did not want to win this HOH, but he couldn’t risk Tommy winning because he didn’t know where his head is at.

Jackson and Holly are with Nicole and Cliff and tell them that they are safe. Nicole is happy that Jackson is HOH, but she needed and wanted to build her resume in the groom and it sucks. Jackson tells Cliff that he wanted to throw the HOH to Nicole, but he couldn’t when Tommy wouldn’t drop. Jackson reveals to Cliff that he is going to put up Jessica and Christie; personally, Cliff would prefer if it were Christie and Tommy on the block because he doesn’t trust Tommy and thinks he is a stronger player than Jessica.

Jackson tells Christie that she is going on the block as a pawn again, she says she is fine, but she is not. He explains to her that he wants to get rid of Jessica who is a strong mental player.

Christie doesn’t have a choice but to trust Jackson because she is skating on thin ice this week. It’s late, everyone is in bed, Nicole and Christie are talking and they both talk about missing their families. They both cry it out together.

Jackson and Holly celebrate in the panty room; they agree that they have to get Jessica out. Holly asks Jackson if it is smarter to get out Christie at this point because she is a strong player. He says no, she made a deal with them. Holly can’t help but always question Christie’s word.

Cliff offers to go up as a pawn of the Veto is used, Jackson is happy, he may just have to take him up on the offer.

Christie is frustrated with Tommy, she feels out of all the competitions, this one was his and he didn’t win. Tommy tells her that he made a deal with Jackson and that is why he dropped down. Christie is upset, it’s great that Tommy has a deal, but now where is she. Christie thinks that Cliff and Nicole are working with Jackson and Holly, and she is nervous.

In the HOH room, Jessica is with Jackson and he says he is terrified to go against her or Christie in a mental competition. He goes on to say that there are two seats that he has to fill, and he loves her, and he is putting up her and Christie. This is the biggest bunch of BS that Jessica has ever heard; her a huge mental threat! Christie than goes to speak to Jackson and he says that it is getting so tight that you have to put people on the block that you are working with. Christie says that she totally gets that they want her and Jessica on the block, but what happens if Jessica wins the Veto. Jackson tells her that he loves her and the best thing for their games is to have her up as a pawn.

Time for the nomination ceremony. Jackson first nominates Christie, then Jessica. Jessica knew that Jackson was going to put her up, but she feels like an idiot like she has been played. Meanwhile, Christie is on the block four weeks in a row and now Tommy is questioning if he should have given the HOH to Jackson.