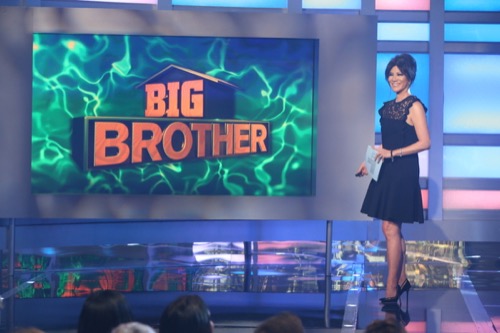 Tonight on CBS Big Brother 21 airs with an all-new Thursday, September 04, 2019, episode and we have your Big Brother 21 recap below! On tonight’s Big Brother season 21 episode 31 “PoV and Ceremony,” as per the CBS synopsis, “Tonight on BB21 it is another PoV.  With Christie and Jess on the block, both of them want to win.  However, HoH Jackson surely wants the nominations to stay in place.  Once the PoV is done tonight we will have the PoV Ceremony to see if the winner will use their power and take one  of the nominees of the block.”

Jessica thought she and Jackson had a great personal and game relationship, she feels played that she was nominated.

Tommy tells Christie and Jessica that he hoped he had won the HOH. Jessica is crying, she is so upset that she is on the block. Christie tells her its ok, she has had so many moments since she has been on the block four times. Jessica wants to turn her feelings around and use them as fuel to win the POV.

Holly and Jackson have a disagreement, she tells him that he is being bossy. He gets upset and put on his music, then takes it off to listen to her. The next morning, Holly feels like she is being shut out by Jackson and doesn’t know why.

Jackson is sitting on the couch and Holly starts talking to him aggressively and he doesn’t like it nor does he feel like he deserves it.

Christie sees the exchange between Jackson and Holly and goes to speak to her. Holly tells her that she doesn’t feel like herself, she feels like her whole existence in the house is her showmance.

Holly follows Jackson into the HOH room and asks if they can talk. He says she approached him and called him names a few times in front of the house and he is not going to take it when everything he does in the house is for her. She says that she felt the same way, he was like I’m done, and ignoring her. He says he wasn’t, but he is now. Then he says, “been there, done that, got a t-shirt,” and stands up. He goes to open a bottle of wine, she asks him to save it and he says no, he won it fair and square. Holly starts crying, he says he is sorry she is upset. He tells her that he has done everything for her and said nothing but good things to her. Holly feels like she wasted her time in the house on a showmance. He says that he feels regret.

Jackson cares for Holly more than he will admit, but he has to make it to finale night and the game comes first.

Time for the VETO competition, this one is called Surf Camp. Each player has a life preserver with their name inside. Their job is to hide in the house where nobody else can find it. One at a time, they will enter the house and have two minutes to hide it. The houseguests whose life preserver is not found will win the POV.

Nicole is the first houseguests to go on the hunt to find a life preserver, then Jackson who finds the first one. Everyone else gives it a try, but they find nothing until Jackson goes back in and finds a second one. Tommy finds one. Jessica finds one. Jackson finds the final one.

The life preservers belong to Jessica, Nicole, Jackson, Christie, and Cliff. Tommy has won the POV. Christie is over the moon happy, this is insane, now she thinks she has a chance to stay in the house. Tommy shows the rest of the house where his life preserver was and they can’t believe they missed it under the circular mattress.

Jackson and Holly talk, she asks him if she is now his target because they fought. He says they have no choice but to work together and he is confident that if they focus on the game, they will make it to finale night. Jackson and Holly make up.

Time for the VETO meeting. Tommy decides to use the POV on Christie. Jackson has to name a replacement nominee, he names Cliff.