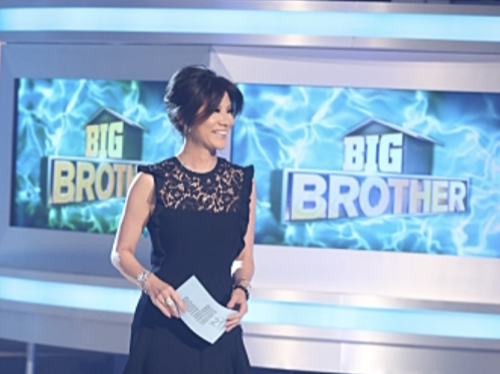 Tonight on CBS Big Brother 21 airs with an all-new Thursday, September 05, 2019, episode and we have your Big Brother 21 recap below! On tonight’s Big Brother season 21 episode 32 “Double Eviction,” as per the CBS synopsis, “Tonight on BB21 we have Cliff and Jess on the block and we will see who is going home. Then tonight it is double eviction night and the final seven will be fighting it out.”

Tonight is double eviction night on Big Brother, in the next hour, at least one duo will be torn apart. Jackson’s plan is to get Jessica out of the house this week and have three duo’s battle out. Meanwhile, Christie goes to speak to Cliff and tells him that Jackson is making deals with both duos. Cliff knows he has to go tell Jackson, he does want Christie to spin this thing and make it look like it came from him. In fact, he tells Jackson that Christie is throwing him under the bus already. Holly always thought that Christie was a problem, it was a matter of if, it was a matter of when.

It’s time for the first eviction of the night, Julie tells the houseguests that tonight is double eviction night. Holly is up first, she votes to evict Jessica. Nicole votes for Jessica, Christie for Jessica, Tommy for Jessica. All of the votes are in, with a vote of four to zero, Jessica is evicted from the Big Brother house.

Jessica is on the hot seat and Julie asks her how big of a mistake did Jackson make in targeting her this week. She says she thinks she will see Jackson come out the door in the next hour.

Time for a new HOH competition, this one is called, “on thin ice.” On Julie’s go, the houseguests will begin to build their ice rink puzzle, once built, they must grab their hockey stick and hit their ball across the rink in an attempt to make a goal. The first house guests to correctly make their puzzle and get a goal will be the HOH winner.

Nicole is making good headway, if she continues the pace she just might win. Cliff is just behind Nicole, but she has her hickey stick in hand and is attempting to make a goal. Congratulations to Nicole, she is the new HOH. Cliff was a close second and Tommy third. Christie and Holly had no chance, they didn’t even finish their puzzles.

Cliff and Nicole go in a room and talk, he tells her that he wants to stick to the plan but it is her call. Then Nicole tells Christie that she has to go with her gut and if she is on the block she has to respect her decision. Nicole talks to Holly and Jackson, but we don’t get to hear the conversation.

Time for the live nomination ceremony. Nicole nominates Christie and Tommy, tells them that she is going with her gut.

Everyone faces off in the POV competition, this one is a classic called, “what the bleep?” And since there are only six of them left, they will all be competing. They will all view videos with statements from their former housemates this summer. Each statement will feature a bleeped-out word or phrase. After the video, Julie will tell them what the bleeped out a word of phrase might be. Their job is to determine if what Julie tells them is true or false. The houseguests with the most points after seven videos will win the POV. Cliff is the winner of the POV, and Christie is fighting back the tears. Cliff and Nicole talk, keep the nominations the same and send Christie home.

Time for the Veto meeting, Cliff chooses not to use the POV and Christie knows she is leaving, she has started crying.

Christie is in the hot seat with Julie and she asks if they were smart in getting rid of her versus Tommy, she says no because she doesn’t win competitions and he did. She then asks Christie if knowing Tommy helped her game, she says yes and he kept her sane. Christie says that the universe evicted her tonight because it is her time.