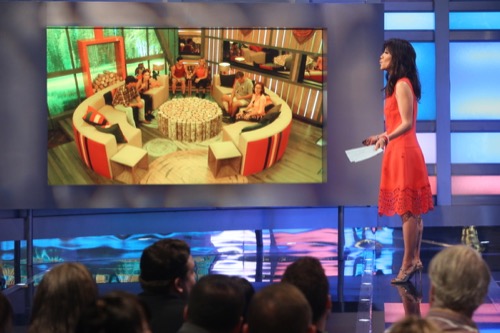 Tonight on CBS Big Brother 21 airs with an all-new Thursday, September 19, 2019, episode and we have your Big Brother 21 recap below! On tonight’s Big Brother season 21 episode 38 “Live Eviction Final 3 Revealed,” as per the CBS synopsis, “Tonight on Big Brother it is anyone’s guess who is going home.  Both Holly and Cliff are on the block and if plans go as they are looking now Cliff will be going home. Once the live eviction is done the final 3 will be revealed.”

Only three houseguests are going to make it to the finale and it is all up to Jackson. Jackson comes clean to Nicole that he is keeping Holly and getting rid of Cliff. He says that he and Holly were loyal to them all the way. Jackson goes on to say that this is not the kind of Big Brother that he wanted to play. Nicole says she is such a dumbass for keeping a showmance together until the end. Nicole congratulates him and tells him that this has been very well played by him, and she is officially the do do bird.

Nicole goes to see Cliff and tells him it is really bad, Jackson and Holly are flipping and they don’t her to tell him. Cliff is staying calm for Nicole’s benefit, but he is screaming inside. Nicole says that she is infuriated and disgusted. Cliff says he came there to win, not to be forth and he is going to go speak to Jackson.

We take a peek into the jury house when Jessica arrived there, and it was a double eviction and it isn’t long before Christie walks in the house. Then it’s Tommy’s turn and Christie starts crying. Tommy speaks to her alone and tells her that he revealed to the house that he knew her because he wanted to disassociate himself from her because she was their number one target. The two head into the jury house and tell the jury members as well.

Back to the Big Brother house, Cliff confronts Jackson. Cliff tells him that their handshakes are unbreakable and if he gets sent home, he will tell the jury and Nicole that he didn’t keep his word, but Holly did. Jackson didn’t think Cliff would lay guilt on him and sway the jury’s vote to give the money to Holly and not him. Cliff is smart!

Time for the Veto meeting. Jackson uses his Veto on himself, no surprise there, and Cliff goes up on the block. Jackson has the only vote for eviction, he chooses to send Cliff to the jury house; which he says is the best thing for his game. Jackson’s parting words to Cliff, stay true to your word, this is game, and vote that way.

Cliff is on the hot seat with Julie. Cliff tells Julie that he thought he would be able to ride behind Jackson and someone else would take him out. Julie asks why they got rid of Tommy. He says that he was afraid of him because he was good at mental competitions and he thought that he would take Nicole forward and not him. Cliff says, in the end, he believed in gentlemen’s agreement, but that didn’t mean anything to Jackson.

Jackson, Holly, and Nicole are officially the finally three. Part 1 of the final HOH plays out in its entirety in the next episode.