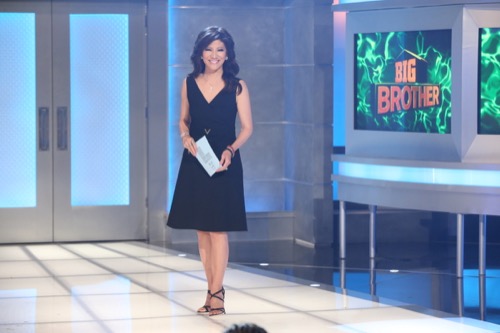 Tonight on CBS Big Brother 21 airs with an all-new Sunday, September 22, 2019, episode and we have your Big Brother 21 recap below! On tonight’s Big Brother season 21 episode 39 “Final HoH Round 1,” as per the CBS synopsis, “Tonight on Big Brother we are down to the final 3 Jackson, Holly and Nicole.  Tonight’s HoH is the first of a three-part HoH. ”

Tonight Jackson, Holly, and Nicole battle to win the final HOH of the season. After last Thursday’s eviction, Nicole was faced with her worst nightmare, being left alone with Jackson and Holly. All she can do at this point is to fight hard and win the HOH because he knows that Jackson and Holly are taking each other to the final two.

Holly said it best, she has been playing in the shadows – she really doesn’t even deserve to be in the final three. In the meantime, Jackson tells Nicole that the jurors are emotional players and probably not vote for him; he is trying to set her up to take him to the final two if she wins the HOH. Little does he know that she is so over him, he can say whatever he wants and she wouldn’t believe him.

Nicole tells Jackson he is good and it drives him nuts. We get a recap of how Jackson lied and muscled himself to being in the top three of Big Brother. Then we get a glimpse of Nicole’s came, how she aligned with Cliff. She aligned with others, but they left the game early on. She and Cliff watched the showmances cracking up, but in the end – the only one they took out was Jack, their second should have been Jackson and Holly and when they had the shot, they didn’t do it.

We also take a look back at Holly’s game, but honestly, it has nothing much to do with her, she just flew under the radar and let Jackson carry her through the game. She says that she came to win BB and believes that if she makes it to the final two, she can win the money because she has a lot of friends on the block.

Last year’s winner Casey, runner up Tyler and their place finisher, JC. Casey sais she is surprised that Holly and Jackson made It this far, JC is also surprised and can’t believe nobody got rid of Jackson. Tyler says they should not have gotten rid of Tommy. JC says that you have to destroy showmances, the first rule of BB. Casey likes Nicole’s social game, Tyler as well – but he thinks Jackson is too aggressive and abrasive. Casey wants Nicole to win, Tyler thinks Jackson is going to win, JC thinks Holly.

We get a sneak peek into the Diary Room when houseguests have gone in there throughout the season to vent how they feel. There were lots of tears, sad they were going to be voted out, missing their families. Christie didn’t want people to think that she faked cry, but she has cried more than all the other houseguests combined this season.

Time for the final and most important HOH of this season called, “Raiders of the BB Relics.” On Julie’s go, they must cross the rope bridge and jump across the rotating pillars above the lava pit to get to the other side. Once there, they must complete the ancient BB puzzle. Once complete, their treasure chest will open revealing gold coins. Their goal is to transport 25 coins, one at a time back to the starting platform. The first houseguest to complete their puzzle and transfer 25 coins will win part 1 of the final HOH competition and advice to part 3 on finale night. Jackson is the first one to puzzle, with Holly and Nicole just behind him. Jackson is the first to finish his puzzle, with Holly second and Nicole third. It is still anyone’s game.

Nicole has fallen behind, Jackson won and Holly has come in second.