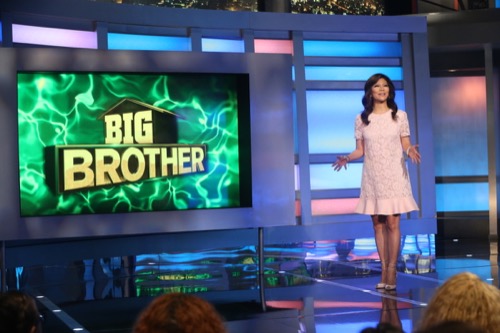 Tonight on CBS Big Brother US 2019 airs with an all-new Wednesday, June 26, 2019, episode and we have your Big Brother recap below! On tonight’s Big Brother season 21 episode 2 as per the CBS synopsis, “Strangers living together in a camera-filled house attempt to win $500,000 by being the last one standing after three months of confinement in the 21st installment of the reality series.”

So make sure to visit Celeb Dirty Laundry for our Big Brother US Season 21 Episode 2 recap between 8 PM and 9 PM ET.  While you wait for our recap make sure to check out all our BBUS recaps, videos, news, spoilers & more, right here!

Jessica is upset, she thought she was going to be the camp director. everyone is campaigning hard for Jackson’s favor, and he finds it is just way too early in the game for anyone to have this favor. One by one the other houseguests try to get on Jackson’s side. Four people are going to be mad at Jackson, the rest are going to be eternally grateful. Jack tells Jackson that he has to be loyal for the people who voted for him, he needs to solidify that first. Jackson is thinking to banish the other three that wanted to be the camp director; Jessica, Cliff, and David.

David tells Jackson he is so happy that he won, Jackson says he is not happy, he feels like he is going to throw up. Jackson asks David how he feels about being a pawn. David doesn’t think it is cool, how many times has a pawn gone home. Jackson tells him that he may just have to do it.

Julie gathers everyone in the living room. The time has come, Jackson has to choose the four that he wants to banish from the game. Jackson heads upstairs to his cabin to make his selection. His first selection is Cliff. His second selection is Kemi. His third selection is Jessica. And his fourth and final selection is David.

The camp mascot comes into the house, it is a big squirrel to bag and take out the banishees.

The four banished houseguests are in total darkness, they have to find their way back to the BB camp by crawling through holes in the tree trunks. Cliff is the first one to make it out, and back into BB camp.

Kemi has landed herself in Camp Boo and is getting the wits scared out of her until she finds another whole and arrives back in the BB Camp. David is the last one that Jackson wants to see back in the BB Camo. Meanwhile, David is trippin’ because after landing in honey and feathers in the BEE BEE Camp, he is frustrated while Jessica is the third houseguest to make it back to the BB Camp; Jackson is relieved. Julie calls out to David and tells him the other three have made it back to BB Camp, and he is out of this competition for now. David is understandably upset, he didn’t even have a fair chance at this show. David is hoping that he will have another chance to get back in the house.

Christie and Tommy haven’t had any alone time, so she wants to make sure that any baggage doesn’t affect her. Tommy tells her not to let anyone know that they know each other, it is brilliant gameplay.

Jackson is worried about Jessica, he thinks it is going to get mental when Jessica comes after him for revenge. The guys give Jackson a nickname, Miche; they find it too confusing having two Jack’s in the house and Jack jokes that he is the only one that is jacked.

Its time for the first HoH competition. Jackson, as Camp Director, he is safe from eviction and won’t be competing. This HoH Comp will be played in pairs of two. Each pair will climb onto their HoH log, then simply hold on tight. The last houseguest holding onto their log will become the first HoH of the summer. Even though they are paired up, this is still an individual comp. Jackson gets to make the pairs. Kat & Jack, Sam & Nicole, Holly & Ovi, Isabella & Nick, Analyse & Cliff, Tommy & Jessica, Christie & Kami.

Jessica is the first one down and out. Teams get blasted with different colors of paint while they brace for the worse. Jack & Kat are down. Nick is out. It is clearly up to the girls to bring this home. More paint and colored smoke.

It is down to four, Tommy, Analyse, Christie and Holly. Analyse is down, then Holly. It is now down to Christie and Tommy. Tommy is down, Christie wins the first HoH of the summer.