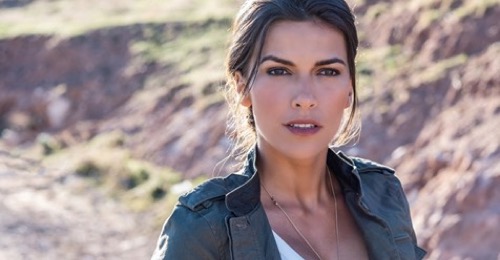 Tonight on CBS, Blood & Treasure airs with an all-new Tuesday, July 23, 2019 episode and we have your Blood & Treasure recap below. On tonight’s Blood & Treasure season 1 episode 11 as per the CBS synopsis, “The trail of Cleopatra’s sarcophagus leads Danny and Lexi to the Bermuda Triangle, where a contact of Shaw’s offers assistance tracking down a smuggler’s plane that vanished years earlier. Also, Gwen attracts unwanted attention when she investigates a suspicious money transfer.”

Tonight’s episode of Blood & Treasure looks like it is going to be great and you won’t want to miss it, so be sure to tune in for our live Blood & Treasure recap at 9:00 PM ET! While you wait for our recap hit the comments and let us know how excited you are about Blood & Treasure.

Karim Farouk was dead. Everyone believed they put an end to the danger with Farouk’s death and yet they were wrong because they seemingly forgot about one thing. They had all forgotten about Farouk’s men. His men were still out there and none of them were allowed to the cause. This group was comprised of terrorists that were still loyal to Farouk’s vision and they were willing to kill anyone that tried to defect. Therefore, they all were brought on board with Farouk’s last plan. He was committed to carrying out a terrorist attack that would put the East and West at war. Farouk thought he could so with the tombs of Antony and Cleopatra. He believed they held some mystic power that could be dangerous in the right hands.

Farouk had even been running tests on Antony’s tomb. Something he may have done or seen had also inspired him because Farouk went on to develop a biological weapon. This weapon was still out there with his men. It was up to Danny and Lexi to find this weapon and stop it. They both felt they could only do so by finding Cleopatra because they figured this weapon would be connected to her tomb. There had already been a few incidents with Cleopatra. She seems to kill anyone that gains possession of her and so all the duo had to do was follow the bodies. Their latest search brought to a famed Narco named Sanchez. Sanchez had been the last buyer of Cleopatra and he disappeared not long after the purchase.

There were several DEA investigations into where he could have gone, but the federal agents couldn’t find anything and so the most they did was keep tabs on his family. His wife was out of the picture. She didn’t matter anyway because she hadn’t known where her husband was going when he disappeared and that makes Danny and Lexi’s best bet being Sanchez’s daughter Soledad. Soledad was currently living in Italy. She went there to escape her father’s enemies and she managed to make some friends. Soledad came under the protection of Carlo while she was in Italy and, as luck would have it, he owes Danny a favor. Danny and Lexi’s help capture his son’s killer. They reminded Carlo of that when they went to see him again and so he arranged an introduction.

Carlo told Soledad that the two had information on her father. What they actually had was a recording of Sanchez right before he disappeared and so they used that as leverage with Soledad. They both knew that she wanted answers. Her father disappeared when she was young, and she never received closure. Soledad had been opened to speaking to the duo. She wasn’t however opened to Shaw and, frankly, Shaw shouldn’t have been there. He followed Lexi and Danny because he was interested in their treasure hunt. He wanted some of that finder’s fee that went into locating Cleopatra and he was willing to help them if they just included him in with their team. Danny and Lexi tried to fob him off. And when that didn’t work, they decided to bring him along.

Shaw did have contacts that could help them down the line. They made the choice to team up with him and they smooth things over with Soledad by giving her the recording. She got to hear her father again and that had been enough for her. Soledad gave the newfound trio all the information she had. She also asked them to let her know if they ever found out what happened to her dad. Lexi promised she would and that’s a promise Soledad could count on. Lexi knows more than anyone what it means to get answers about a missing loved one. She just found out that her mother was part of the Brotherhood of Serapis and that she was descendant of Cleopatra. Lexi hadn’t wanted to let that information affect her in any way and yet it was slowly doing so.

Lexi was changed by the information. She told herself and Danny that she didn’t want to follow in her mother’s footsteps, but that’s what was happening and she did her best to ignore it as they traveled to the Bermuda Triangle. They went there because they thought Sanchez made a pit stop there. Instead, they found out he never made it to the Bermuda Triangle and that one day a bunch of U.S. dollars washed up onshore on one of the islands. Shaw had a contact in the area and so he convinced Danny and Lexi that they could use a friend as a guide. They couldn’t search so many islands on their own. With Shaw’s friend, they lessened the search and they found the right beach. They also found evidence that it was the right beach when they found the wreckage of the plane.

So they searched the whole island. They found the clues that someone had tried to make a home there and they eventually came across Cleopatra’s tomb. It was seeing her there that Lexi finally acknowledges her lineage. She told Danny how she felt this deep connection to the Egyptian queen and as she was talking that they were betrayed. Shaw’s friends had turned against them. It seems they had seen the prize and wanted Cleopatra for themselves. Said thieves left Shaw, Danny, and Lex tied up while they made an escape. The trio was able to get out of their restraints and tried to catch up to the thieves. And surprisingly they found them dead on the beach, Cleopatra was gone and all the trio had left was one small boat.

It took them forever to row back to civilization, but by the time they did, they learned that Antony had gotten stolen again and so they were back to square one. They had to find the tombs of the couple once again. They hadn’t been sure of where to start until they were reminded of the recordings and realized that Hardwick still has a recording of the Brotherhood. Danny believes the Brotherhood has Cleopatra while Lexi suspects Farouk’s men. It was the same with Antony’s tomb. Danny believes the Brotherhood was involved and Lexi thinks differently. They were going back and forth over it when they finally got in contact with Gwen. Gwen was attacked as she began looking into Zara Farouk. It was part of Fabi’s secret investigation and there was more.

Gwen found a suspect she believes was working with Farouk and unfortunately Rick Yates was someone high up in Reece’s organization.

This new information made them all question if Reece had been their bad guy all along.