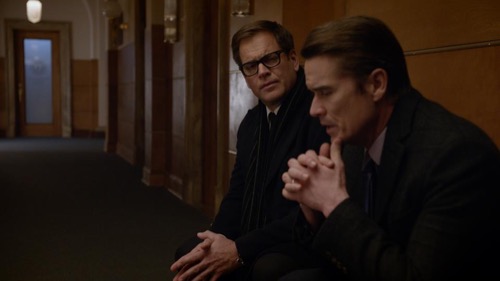 Tonight on CBS their drama Bull inspired by Dr. Phil McGraw airs with an all-new Monday, February 11, 2019, episode and we have your Bull recap below.  On tonight’s Bull season 3 episode 14 called, “Leave It All Behind,”  as per the CBS synopsis, “Bull aims to raise reasonable doubt among the jurors in his friend Nathan’s trial when the man is tried for his wife’s murder and the prosecution’s case is based on circumstantial evidence.”

A man named Nate has driven from the city to see his wife Ava at the country who has been writing her latest novel. He arrives and doesn’t find her at the house. When a driver shows up to pick her up he becomes worried and reports her missing. Bull and Benny get the call when he becomes a suspect.

They meet with him. He hasn’t talked to her in 3 days but that isn’t unusual. She was on a deadline. At the home, the police are looking around. After they use luminal and see a ton of blood they call Bull into the room. He has a hard case on his hands.

Nate is booked and then released on house arrest to Benny and Bull. He thinks it isn’t Ava’sblood. It cannot be.

Benny and Bull meet with Nate after getting more news. The blood cannot be used for testing because it was degraded by the bleach. They don’t have a body. The lake near the country home was dredged and all they found was a butcher knife with Ava and Nate’s prints. He cannot supply an alibi. They also have a voicemail from his wife where she says they need to break up. He explains that what she wanted to end was their understanding. They had an open marriage. Bull is shocked. This man is an old friend.

Benny and Bull decide they need to look for a jury who also sees Nate’s belief that Ava is still out there. They choose people who like the facts. Meanwhile, Danny meets with Ava’s assistant. She admits that Ava did have other relationships.

At the start of the trial, the jury is sequestered. Bull isn’t happy. Later, the team talks about how the jury will most likely be in a bad mood since all their connections from the outside world will be cut-off, creating a group thinks mentality. Bull thinks they need to move fast.

At court, the next day the ADA drones on but Benny speeds her up by pointing this out. The jury starts to turn green. But goes red when the ADA paints Nate as a killer with jealous rage. Benny gets back up and reminds the jury that they don’t have proof of the murder or a body.

After court, Nate tells Bull he is to blame. He cheated first and then when she became famous he couldn’t handle it. So he cheated again and again. So if some angry lover killed her, it is his fault, he tells Bull. Bull consoles him. He gets a call and steps out. Benny tells him they found Ava’s body in the woods.

Back at square one, Bull and the team need to come up with another plan now that the jury is on hold while the coroner looks at Ava’s body. Chuck thinks they need to put Chris on the stand. Or maybe Nate? They decide to put him on the stand. It goes sideways when the ADA holds up a pair of Nate’s reading glasses that were found near Ava’s body.

Bull and Nate talk in the car. Ava has borrowed his glasses before. He isn’t a killer.

Back at the office, Bull is upset. He thinks he failed Nate. The team has something, text messages about how Ava had to let her assistant down easy after she wrote a bad novel. Maybe her assistant did it. They get to work.

The next day at court Benny cross examines Ava’s assistant. They have video footage of her buying a shovel and she was all shaken up according to the store owner.

Bull and Nate head back to the country home. Nate doesn’t know what to do now. Bull tells him he is sorry. He needs to apologize for some of the things he said and for some judgments he made. He hands Ava’s manuscript to him. She dedicated it to her husband. She knew he loved her and she loved him.