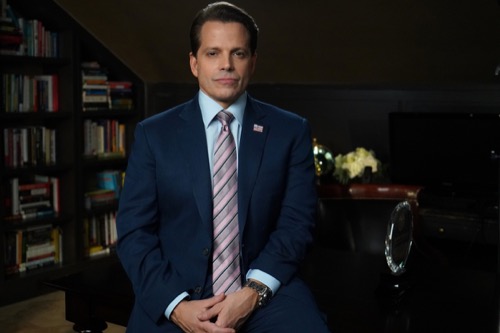 Tonight the first celebrity will be evicted live. The next big twist of the season is about to turn this game upside down. Jonathan is worried the girls are working outside their main alliance. Ryan calls everyone into the living room. He notifies them that twists are coming.

There is a celebrity update, Kevin Frazier from ET delivers the news, one celebrity is not a real houseguest and is really part of a big twist that is going to shake up the game. All of a sudden, Anthony comes on the TV and announces that he is not the real houseguest, but he is a part of the big twist. From this moment on, he is out of the house. He says the Big Brother house is just like his experience in Washington, you get judged quickly about who you are and you never get a second chance. But that is all about to change, Anthony is about to give the current nominees a second chance at safety. For the first time ever, there will be two Veto competitions before the eviction. Jonathan and Tom, you both have a chance to change Big Brother history and win the Veto. And, since Anthony is out of the house, Ryan has to nominate another houseguest for eviction. He nominates Kandi, he says their personalities don’t mesh and they really haven’t spoken that much.

Kandi is confused about Ryan’s decision, she guesses they don’t have an alliance.

The Veto competition is going to be about Anthony, they better have paid attention.

Ryan is going for Lolo, if someone uses the Veto, he is going to put her up.

Time for the Veto competition. There are headlines and the houseguests have to choose the real ones about Anthony and the fake ones to win.

Time for results, there were eight real headlines, Kato wins the Veto.

Ryan goes to speak to Lolo, tells her that he wants to make sure everything is ok. Lolo tells him that she knows he was trying to backdoor her and it threw her for a loop. Ryan denies it.

Keto has vowed to use his Veto on Tom, will he keep his promise? Yes, he does. Ryan now has to name a replacement nominee, he chooses Joey. Ryan didn’t put up Lolo because he wants the girls to think they are working with them. Kandi is pretty stressed, she feels she is in the middle of a lot of drama. Tom talks to Kato and Ricky, he wants to get rid of either Jonathan or Joey because they are strong players.

Julie asks Jonathan what happened. Jonathan says don’t get an Olympic gold medalist to team up with you the moment you step in the house, but Ryan picked him. Julia thinks that he shouldn’t have stuck his neck out for Dina. Jonathan says that it is the greatest experience of his life and he is happy to have been a part of it.