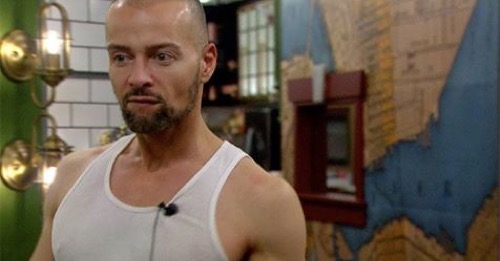 Tonight on CBS Celebrity Big Brother US 2019 premieres with an all-new Sunday, January 27, 2019, episode and we have your Celebrity Big Brother US  2019 recap below! On tonights CBBUS2 season 2 episode 5 as per the CBS synopsis, “On tonight’s episode we pick up where we left off with the HoH competition.  Tonight the HoH will be crowned and he will announce his nominations.”

Time for the HoH competition, the houseguests have to get glammed up and ready for Rock ‘N Roll. The houseguests have to stand with their hands up in the air, right away, the platform starts to lean forward. The houseguest still standing at the end will win HoH. Sugar comes falling over their heads, thankfully they have protective eyewear but a few of them start coughing. Next, the houseguests get hit with green jelly shots all over them. Tom is the first one down. Kandi is next. The houseguests now get hit with cups of beer. Ricky is down and whip cream is sprayed over the remaining players. Tamar says she is having an anxiety attack, she starts crying, and she is down. Dina is down. Cold air is blown over everyone, there are four left. Lolo is down. Joey is down, just when he is about to make a deal with Kato. Natalie makes a deal and falls down, Kato wins the HoH.

Natalie is thrilled that she is safe this week, given her deal with Kato, but she hopes he doesn’t go after her girls.

Ryan goes to see Kato and tells him that if he doesn’t put him on the block, he will be a good ally. Kato smiles and says good talk, but he knows Ryan is the biggest target and he just may take him out.

Kato is constipated, Ricky believes he is a healer and massages Kato’s colon.

Kato is leaning towards putting Tamar up on the block, she drives him crazy because she doesn’t pick up after herself, and she causes a lot of drama in the house.

Lolo and Tamar get into an argument, Lolo feels like Tamar doesn’t trust her. They start shouting at each other and Lolo calls Tamar a bitch. Kandi ushers Tamar out of the room to cool things down.

Later, Lolo apologizes to Tamar and tells her that she doesn’t want her to leave, she approached their conversation the wrong way. Tamar accepts the apology and the two hug.

Time for the Nomination Ceremony. The first houseguest Kato nominated is Tamar, the second is Dina.