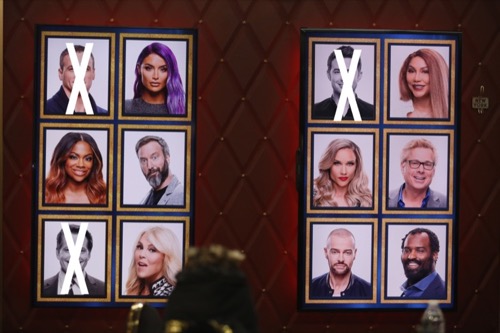 Tonight on CBS Celebrity Big Brother US 2019 airs with an all-new Wednesday, January 30, 2019, episode and we have your Celebrity Big Brother US  2019 recap below! On tonights CBBUS2 season 2 episode 7 as per the CBS synopsis, “On tonight’s episode we will see the HoH competition and a head of household will be named.  Following this, the new HoH will name two nominations for elimination.”

Kato Kaelin and Tom Green created an alliance with Natalie Eva Marie and Lolo Jones a to get rid of Ryan Lochte. Ryan was a good guy who had done nothing to them, but they realized that they need to pick people off that no one would suspect and that’s why they came after him. Ryan was merely the first. There were going to be others and this alliance wanted to remain dominant. They knew that their alliance was only strong when they won Head of House and so they planning on doing that as well. Only first they were approached by Joey Lawrence. He came to them saying he didn’t want to be next and that he was willing to join their alliance. And they took him because they never thought he’d turnaround to backstab them.

Joey Lawrence pretended to join the alliance because he didn’t want those people to turn against him. They didn’t know that he also created an alliance with Tamar Braxton, Kandi Burruss, and Dina Lohan or that he told the ladies that the other alliance was the problem. He thought he was being slick when he was befriending everyone as a means to safeguarding his position in the house, but Ricky Williams didn’t like what he did. He knew that Joey was trying to get into his head to make him join the others and he hadn’t wanted that. Ricky went to Lolo and Natalie and he told them what Joey has been saying behind their backs. And he himself only did this because he wanted the others to evict Joey next.

But each alliance believed the next step forward shouldn’t be to confront anyone. They instead chose to focus on the Head of House competition and it turns out the competition was spooky. The contestants all had to enter a Haunted house and contend with all the ghost, ghouls, and severed heads before they find a hidden place with keys. They needed the keys to get to the car outside and so the game was really about whether the contestants would give up or keep looking until they found the key. Most of them did go on to find the keys. The only one that was truly too scared to check the house was Tamar. Tamar hates Halloween and all those things that jump out at her. She screamed her way out of the Head of House competition and so she needed someone from her alliance to win.

The winners were based on how long each contestant took inside the house. It came down to Ricky and Tom, but Tom had beaten everybody by forty seconds and so he was crowned the new Head of House. He knew and his alliance knew that they would vote on Joey and therefore they didn’t count on Kandi confronting Tom late at night. The rest of the house was off laying down when Kandi went to Tom and asked him directly if he was in an alliance with anybody. He tried to turn the question back on Kandy by asking if she was in an alliance and she too denied it. She said that she’s been listening when others are speaking and that she hadn’t officially joined anything. And Tom claimed the same.

Tom of course lied. He went back to his alliance and he told them what happened though he believed it wasn’t officially an alliance until they had a name and so he wanted to name their alliance. Tom was excited about it and he got his friends to be excited. So the only one that stood apart was Ricky. Ricky informed on Joey and has been in and out of Tom’s room. He’s heard the strategy and everyone in that alliance thought he joined them only to be told that they were wrong. Ricky didn’t want to join anyone alliance. He wanted to free-float and still be able to decide who goes. Like he wanted Joey gone and so did Kato and Natalie. Lolo wasn’t really sold because she was still hurt by evicting Ryan and Tom, on the other hand, thought that there was someone else in the house that was a much bigger threat.

Tom wanted to evict Ricky. Ricky had rubbed Tom the wrong way and so Tom no longer trusts Ricky. He also believes he couldn’t defeat Ricky at the end and that more than anything was why he wanted Ricky gone, but Kato didn’t want to jeopardize the truce they have with Ricky. Ricky offered them great numbers when evicting someone and so Kato wanted to keep him around. Five in an alliance was better than four and Kato held onto that reasoning even as Tom tried to fight him. Tom was set on getting Ricky out of the way that he risked the others creating an alliance against them and picking his own alliance off one by one. And the two men were arguing about this when Entertainment Tonight came on their television.

There was Celebrity Breaking News and the only clue that the contestants had was that there was a “sticky” situation. Everyone tried to figure out, but it had been set up for Tamar. Tamar had been given the power of the Publicist. A publicist was good for getting their clients out of sticky situations and so Tamar’s power allowed her to be safe from elimination for one occasion. She could play it right off or she could try to hold onto it and so she waited to see what the others would do first. When it later came time for the HOH to make his decision, Tom put up Joey and Kandi up for elimination because he thought either of them could have gotten the power of veto. And so he had been surprised to learn that neither of them had that power.

Meanwhile, Tamar was glad she got to hold onto her veto for a little while longer.